Ask any Malawian today about their top three complaints and one of them is bound to be the cost of living. From commodity prices to water and electricity bills, it seems like prices have been climbing steeply in recent times without an end in sight.

As we feel the pinch from the effects of inflation—the general rise in prices of goods and services—you may wonder why authorities have become less successful at taming inflation. In 2016, according to the third monetary policy statement, RBM has committed to bringing down annual headline inflation to the target of 14.2 percent in June this year.

Currently, inflation rate is at 24.9 percent as of December 2015, according to National Statistical Office (NSO) figures, but International Monetary Fund (IMF) has said reducing inflation is the most important policy issue for Malawi in the near term.

Malawi’s inflation rate is largely pushed either way by the availability of food, which accounts for 50.2 percent in the consumer price index (CPI). This means that whenever there is shortage of food, particularly maize on the market, inflation tends to go up. The reverse happens whenever food is in abundant supply.

Tapped from the recent review of the country’s economic report, the article notes that high inflation is hampering real gross domestic product (GDP) growth, which averaged only four percent during 2012–15 and significantly below the seven percent targeted under Malawi Growth and Development Strategy (MGDS II).

According to the article, inadequate fiscal adjustment following the Cashgate—looting of public funds at Capital Hill—affected the financial sector through several channels.

University of Malawi’s Chancellor College economics professor Ben Kaluwa in an interview on Tuesday, said it is difficult now to predict as to when inflation will turn the corner in view of the current situation.

He said looking at the escalating food prices, in view of the shortage of maize and the depreciating kwacha, inflation will keep on rising in the foreseeable future.

“In as much as we would like to see inflation stablising sooner, the current series of events do not look as if we are getting there. The economic future is bleak,” he said.

But RBM has said it is committed to using monetary policy to place inflation on a clear downward path.

“To achieve this, the bank will ensure that the policy rate or the bank rate remains above inflation rate,” said RBM in its third monetary policy statement. 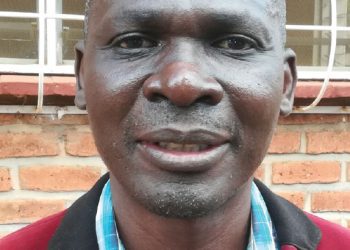