by Florence Kasambara
in Front Page, The Big Interview
5 min read
0
Share on FacebookShare on TwitterShare on WhatsAppShare on LinkedinLinkedinShare via Email

After a year of battling cancer of the uterus, Tawina, 41, is now a woman who is restoring hope among society’s vulnerable groups. 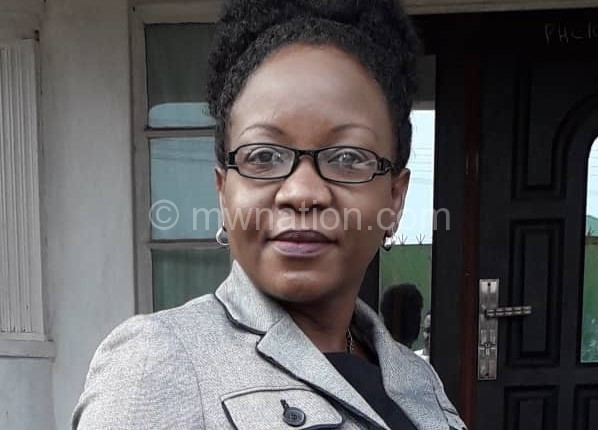 She founded the Midnight Prayer Warriors Ministry- a faith-based organisation which has for the past two years been providing spiritual and material support; rehabilitation and a feeding programme at Maula Prison in Lilongwe.

“The ministry’s purpose is to promote a culture of prayer through active involvement and fervent prayer of its leadership and members watching the mid night hour just like Paul and Silas in Acts 16:25-26,” she says.

She says she shared the news with her friends and this motivated them to come together and start praying as a team for various issues.

Today, the group has over 100 members.

“We rehabilitate offenders to avoid a relapse into crime, provide psycho-social support, mentoring and other transitional services.

“The main goal is to provide former convicts a path towards a better life,” she enlightens.

The ministry started on December 22, 2014 with seven members who had agreed to pray and intercede for personal issues through social media platform.

With time, the ministry grew and began to carry out social work. Apart from prisoners, it reaches out to vulnerable groups such as orphans, the sick and the elderly. 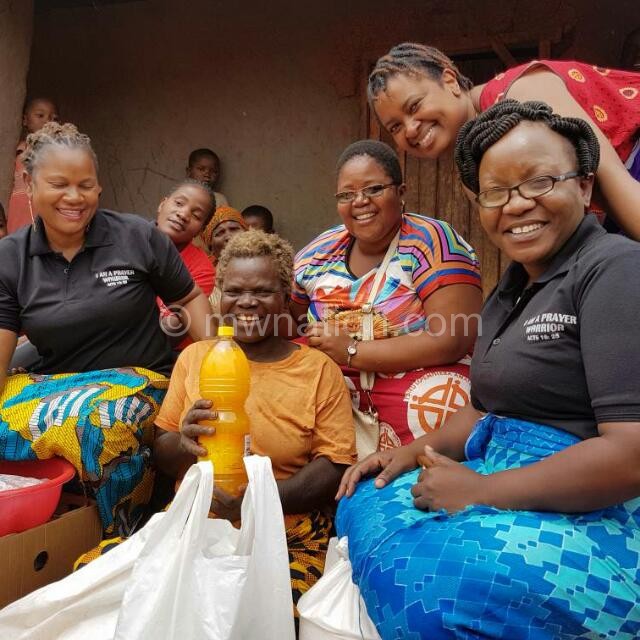 “We reach out to abandoned groups, particularly those in hopelessness,” Tawina says.

“At Kachere Young Offenders Prison – a place where young offenders are placed for reformatory services, we have reached out to over 265 offenders, over 300 in-mates at Maula Prison and close to 100 female inmates at Chichiri Prison,” explains Tawina.

The prison visits include adopting prisoners, especially those serving long sentences and providing them with basic needs.

They also do the same to orphans in orphanages. In addition, the adopted orphans are given school fees.

Tawina says the source of the resources is contributions by members of the ministry.

“On a few occasions, we have partnered with other well-wishers like Chance for Change and built a new kitchen for the juveniles at Kachere Kachere Young Offenders Prison.

“We also gave the centre learning materials through support from the International Women association of Malawi (Iwam),” she says.

Tawina adds that they were prompted to support the centre after observing that it has minors as young as 12.

“We saw the need to support juveniles to improve the quality of education at the centre. We donated text and note books,” she explains.

Through this initiative, the group is helping the centre to educate young offenders and the results have been motivating.

For instance, four students who sat for the 2016 Malawi School Certificate of Education (MSCE) and eight students who wrote the Primary School Leaving Certificate Education (PSLCE) examinations successfully completed their education and passed with excellent grades.

On July 7 2018, the ministry visited Maula Prison sick bay as part of the independence celebration where a decent meal was prepared for sick in-mates.

Here, they met Brian Mtonga from Zambia, an inmate who had served his sentence for nine years.

He was released on June 14 2018, but was detained by the prison authorities due to immigration issues. He would be released after relations come and clear him.

Explains Tawina: “We helped Brian with his paper work and finally was released a month later.”

Being helped to leave the confinement was not enough. Upon his release, Brian was stranded. He needed transport, shelter, food and means to contact relatives.

“He linked up with one of our ministry members who accommodated him and was given food and clothing,” she says, adding Brian was also given transport to his home.

He is quoted in one of the Ministry’s manuals saying: “I never anticipated the kind of assistance I received.”

From the experience with Brian, the ministry decided to have a half-way home (transit shelter), to help inmates with temporary accommodation through support and care as they await to re-unite with their families.

The group came up with another initiative since it is not easy for ex-prisoners to migrate back into society.

“We came up with the Prisoner Re-entry Initiative (PRI)- to link ex-convicts with faith-based communities and institutions working within Maula Prison,” she adds.

Tawina says they far so far helped four ex-convicts, one man and three women get back into society.

Fosters Sikwese, a member of the ministry, says the difference is in ministering as giving bread alone, people may forget, but meeting the spiritual need ensures sustenance of their lives.

On ensuring ex-convicts reformation, Kumwembe says there is a need for proper rehabilitation, creation of jobs and spiritual nourishment.

“They are regarded as criminals; most of which end up committing crimes due to pressure and hardships; hence, the need for the intervention,” he observes.

The work, however, is not smooth. Challenges, according to Kumwembe, include the lack of support and finance.

“The ministry has limited finances versus the need on the ground.  For instance, we still need to reach out to student prisoners with literacy materials and there is a growing need in orphanages on education support, food and other non-food items,” he says.

Not only that, but in follow up procedures, they need money to develop a half way home to assist former inmates migrate back into society.

As they minister, the team observes female inmates who have young ones staying with their children in prison, exposing the innocent child to harsh prison environment.

Assistant superintendent for the ministry Foster Kamuyanja, who is also Regional chaplain for the Central Region said the prayer warriors group’s impact cannot be omitted, especially at Maula Prison.

“The general perception deems a prisoner as rejected and unworthy.

“The work in ensuring that inmates are completely reformed to avoid relapses rests on society which collectively should address factors that made the inmates commit a crime,” he says.

He said the community needs to understand that prisoners are only there to serve their respective sentences and should refrain from stigma and discrimination which only makes former inmates suffer invisible imprisonment and societal mistrust.

“Inmates are part of the larger community as such, prison is temporal. The community should, therefore, start from where the sentence expires to avoid habitual offending,” he notes.

Kamuyanja says there are many factors that push one to commit a crime and the spiritual aspect plays a big role in reformation.

The knowledge of wrong and right, he says, goes beyond that which is constitutional; hence, it helps inmates to understand an act as a crime and a sin before God.

The warriors have helped prisoners reconnect with their God through repentance and forgiveness.

Tawina works with Central Region Water Board as secretary.  She is also in the agriculture business.