Tobacco Commission (TC) has launched a human resource audit aimed at authenticating recruitment of staff to rid employees who might have secured jobs dubiously.

In a February 19 2021 internal circular we have seen signed by TC chief executive officer Joseph Chidanti Malunga, the commission said it has appointed a seven-member audit team comprising officials from TC and government.

The communication advises TC staff to ensure that they personally report before the committee and submit letters of appointment on probation, letters of confirmation of appointment, letters of promotion (if any), contract documents for those on fixed term contract, letters of temporary contracts, national identity cards and original academic and professional certificates.

Reads the circular: “In order for the team to ascertain that the employee is a bonafide employee of

the commission, each and every officer is required to report in person to the audit team.”

In an interview yesterday, TC board chairperson Harry Mkandawire justified the exercise, saying the commission wants to ensure that people on its payroll deserve to be in their

He said the country is coming from a background where some people were handpicked to fill positions, especially in government ministries, departments and agencies (MDAs).

Mkandawire added that some senior positions crucial to the organisation were also allegedly being filled by people through political connections.

Reacting to the exercise, Human Rights Defenders Coalition chairperson Gift Trapence hailed TC for taking a step to ensure that people in positions made it through the right process.

“This is what needs to be done. Not just at Tobacco Commission but all public institutions. Apart from knowing how they made it to the positions, there is also need to check the skills and how they can strengthen the institutions,” said Trapence, adding that such exercises have nothing to do with alleged political persecution.

Since the first multiparty administration was ushered into office in May 1994, there has been a trend by subsequent political parties in power to appoint their loyalists to influential positions, mostly in MDAs 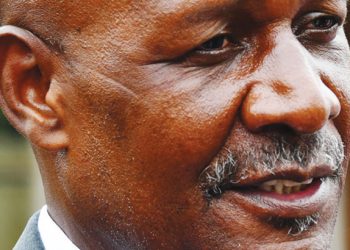