by Andrew Nyondo
in Front Page, National News
2 min read
0
Share on FacebookShare on TwitterShare on WhatsAppShare on LinkedinLinkedinShare via Email

There were 114 teachers representing 1 612 primary school teachers demanding promotions across the country.

Their action followed a MoEST promise in September that teachers who upgraded themselves to diploma and degree levels would be promoted to positions befitting their qualifications by the end of that month.

However, the teachers are yet to be promoted. And in a turn of events, MoEST flighted advertisements that it would only promote teachers who upgraded with science disciplines, a development that did not go down well with those holding qualification in non-science fields. 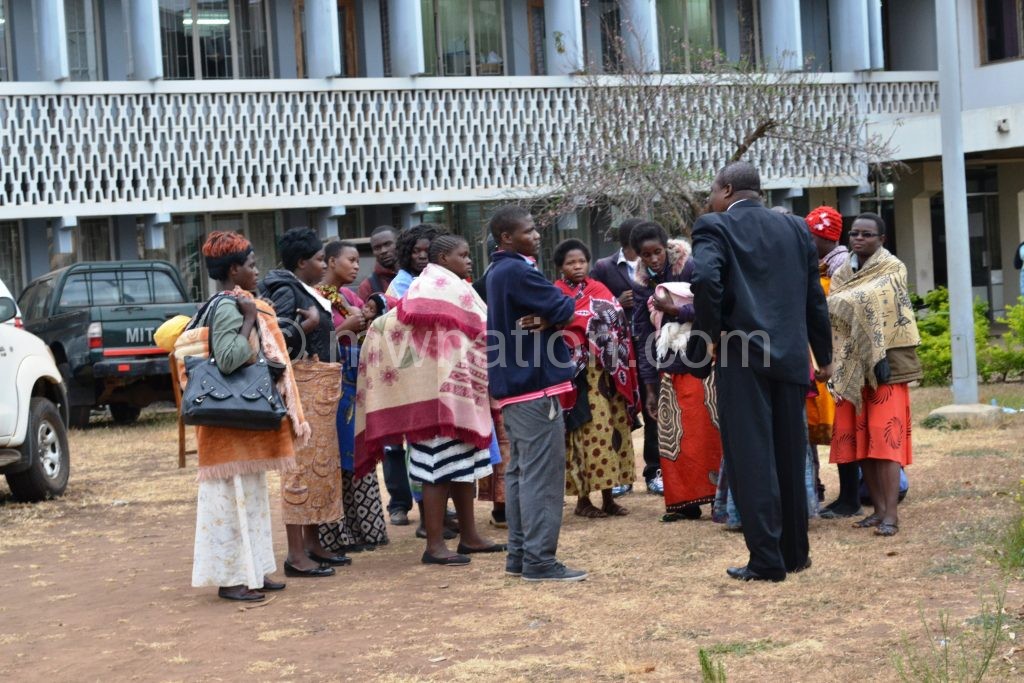 Leader of the self-upgraded teachers, Dokiso Munthali, who teaches at Mpamba Community Day Secondary School in Nkhata Bay, said most teachers who upgraded themselves are still receiving grade L salary.

He said primary school teachers receive a salary within that grade with the lowest paid urban teacher getting about K85 000 monthly and those in rural areas receiving about K92 000, including a hardship allowance.

On the other hand, degree holders are demanding a monthly net pay of K165 000 while those with diplomas want K145 000.

Civil Society Educating Coalition (Csec) executive director Benedicto Kondowe has since faulted government for its failure to honour its promise to promote the teachers.

In an interview yesterday, he accused government of ignoring the welfare of teachers.

He said: “Government is not prioritising the welfare of teachers. The issue of promotion has been there for long and that has led to the accumulation of billions of kwacha in arrears.”

MoEST spokesperson Lindiwe Chide and Principal Secretary Justin saidi were not available at the ministry for their comment on the matter.

Officials at the ministry said Chide was out of the country while Saidi could not be reached by phone.

But in an interview yesterday, Teachers Union of Malawi (TUM) president Willie Malimba agreed with Kondowe that the issue is long overdue.

However, he accused the teachers for staging a vigil without consulting the union.

According to Kondowe, government would need about K800 million to effect the promotions, including arrears backdated to September.

The teachers have been fighting for the promotions since 2015.

Programme to lessen burden of the poor