by Archibald kasakura
in Editors Pick, National News
2 min read
0
Share on FacebookShare on TwitterShare on WhatsAppShare on LinkedinLinkedinShare via Email

Teachers who underwent self-upgrading programmes and completed their studies in 2015, 2016 and 2018 have petitioned government for failing to promote them accordingly.

A petition that we have seen, signed by 224 teachers from all educational divisions in the country dated August 16, 2018, addressed to the Secretary for Education Science and Technology, blames government for not motivating the teachers who used their own resources to improve their qualifications. 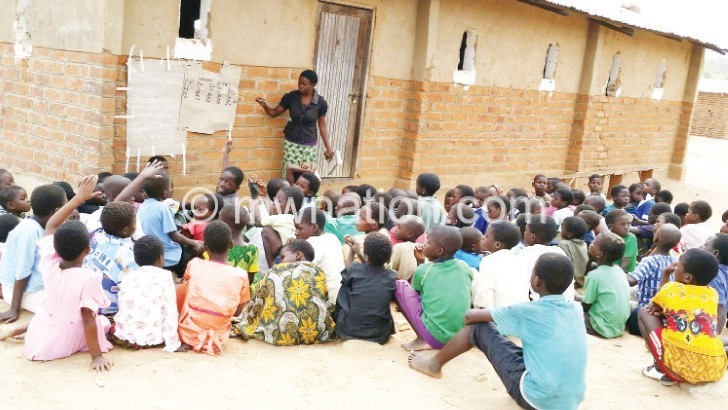 The teachers underwent courses at Domasi College of Education (DCE), where they obtained diplomas and degrees but some of them are still teaching in primary schools while their grades and pay remain the same since.

Reads the petition in part: “The graduates attended an approved course offered at DCE and their selection into the college was approved by the ministry. The government encourages self-upgrading of its employees, failure to promote them is not only contradictory but also a waste of resources. Hence this is detrimental for those employees who would wish to upgrade themselves.”

Teachers Union of Malawi (TUM) secretary general Charles Kumchenga, in a telephone interview on Thursday, legitimised the teachers’ concerns, saying his organisation would soon take a stand on the matter.

“The issue was already presented to us and, in fact, we have been talking with authorities regarding this same matter. We are equally surprised that up until now the government is yet to act.

Principal Secretary for Ministry of Education Justin Saidi asked for time to respond to the issue yesterday. n