by Stella Fowowe, Guest Writer
in EveryWoman
3 min read
0
Share on FacebookShare on TwitterShare on WhatsAppShare on LinkedinLinkedinShare via Email

Many of us have become very dependent on technology as it plays a very important role in our daily lives. Technology has revolutionised our lives and contributed a great deal in shaping our destinies.

In many ways, technology has enabled us to strengthen relationships by keeping in contact with old friends, colleagues and co-workers. What would we do if we could not find old high school friends through Facebook?

Technology has even provided opportunities for students all over the world to receive an education online while still maintaining work schedules and family.

Students are now able to take webinar courses and attain their degrees online just as any student on campus. Isn’t that awesome!

As good and helpful technology is, it has also negatively impacted our lives; especially the way we communicate and relate with people around us. The next time you go to a restaurant or hangout with friends, observe how people are occupied with their phones, tablets or computers instead of engaging in a conversation.

How does that make you feel? Bad I guess. Technology ruins relationships.

The impact of technology on our social, mental, physical and environmental health can be devastating if we don’t keep ourselves in check.

Being aware of the harmful aspects of the overuse of electronics will help you avoid any unnecessary pitfalls.

Some Negative impacts of Technology in our lives are:

Isolation: Social isolation is characterised by a lack of contact with other people in normal daily living. We walk around in our own little world, listening to iPods or staring at the screen of the latest mobile device even when we are around other people. Studies have shown that people who are socially isolated will live shorter lives.

Poor sleep habits: We get sucked into online activities that keep us up too late and the constant stream of information makes it difficult to turn off our brains. Also, the ambient glow from screens can affect the release of melatonin, the sleep chemical. Keeping technology out of the bedroom would be a very healthy habit to acquire.

Depression: Technology creates the perfect recipe for depression with the lack of human contact, overeating and lack of exercise. There is a reason the use of antidepressants are on the rise and the blame can’t be completely dumped on the pharmaceutical companies. They aren’t carting people into the doctor’s office and force feeding them the pills.

Stress: Constantly being “plugged in” and “connected” causes an extra layer of stress that wasn’t present before the overuse of technology.

Lack of social bonds: Creating a lasting bond with other people requires face-to-face interaction. The more we isolate ourselves with technology the fewer bonds. When people are in the same room and communicating via text or instant messaging instead of speaking to each other, there’s a problem.

Addiction: People are not only dependent on technology; they are also addicted to it. Studies have shown that when cellphones are taken away subjects heard or felt fathom vibrations, continuously reached for phones that weren’t there and became fidgety and restless. These are some of the same withdrawal symptoms you would expect from doing drugs.

Lack of empathy: The constant stream of violent scenes on video games, TV, movies and YouTube causes people to become desensitised to destruction of any kind. The normalising of bad things and the culture of narcissism created by social media creates a society of people who lack empathy. When people stop caring, the world goes to hell in a hand basket.

More violence: After people lose empathy and are accustomed to violence, it becomes the social norm.

Shortened attention span: The use of social media has shortened our attention span from 12 minutes to 5 minutes. Constant news feeds, getting information in 140 characters and videos that are 10 minutes or less has literally rewired our brains. n 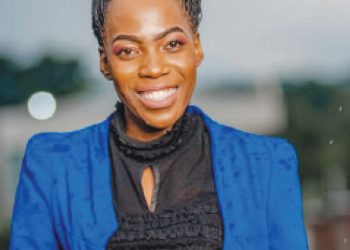