No Result
View All Result
Home Columns Search Within

Terror mongering rampant among us

In a certain village, one man got up at night and, looking through the window, saw flashes of fire in the distance whirling around for some time and later receding further into the dark night.

He was gripped with such fright that for a moment he froze and began to shake vigorously while sweating profusely from the armpits. After a while, he gathered himself and woke up the sleeping members of the household.

Shoddy service from an international bank

Cut out the embellishments from the Christmas story

“I have just witnessed wizards performing their dance,” he informed the household. “We are lucky because when they were done with their dancing, they decided to go in the opposite direction to us. Finally, they disappeared into the night.”

A moment of dead silence followed as the household members took in the shocking news—wondering what fate would have befallen them had the wizards decided to come to their home.

Just three nights previously, their night sleep had been interrupted by repeated exclamations of “Ninkhe, ninkhe ndim’kukute” (the unmistakable hooting of a species of owls believed to bring bad luck to a village).

In the low-toned discussion that ensued, an agreement was made to immediately look for a place to relocate to, as they could no longer stay in that village.

The following morning, a Mr Mtondodooka, who used to live at the far end of the village popped in and greeted everybody in the compound.

“I am selling honey,” he said. “A few of us had a wonderful time last night collecting honey from a hive in that tree,” he added, pointing in the direction of the spot where the fire flashes had been spotted the previous night.

It dawned on everybody that what had been spotted in the night had nothing to do with wizards, real or imaged.  It was a perfectly normal activity of collecting honey.

Had Mr Mtondodooka not come to the compound, news would have spread quickly about certain people practising black magic in the village. Such news, unfortunately, is easily believed at face value in Africa. Nobody subjects that kind of news to any rigorous enquiry. Similarly, the orginators of the information are never taken to task by intense or even mild interrogation.

This is what has been happening with regard to Covid-19 vaccination. Never before have so many people been involved in so much terror mongering against a vaccine in so few months.

Most of what is being claimed about Covid-19 vaccines is either devoid of truth or based on half-truths. The mongers mostly hide behind religion so that their hearers should accept their weird stories as Gospel truth. Questioning or contradicting preachers or prophets is generally regarded as taboo. This gives them some kind of refuge.

That accepting the vaccine is a sin at all, let alone an unforgivable one, cannot be backed by Scripture or any genuine Christian tradition. Such people need to show how the vaccine contravenes any divine law. They can only do so with assumptions, and so they bring in all manner of conspiracy theories. Some well known personalities are mentioned in these theories. These terror mongers need to tell us which spirit, holy or otherwise, is offended by taking a Covid-19 vaccination.

One of the conspiracy theories being propagated is that the Westerners are on a campaign to get rid of Africans. The way to do it is to introduce poison or some harmful agent into the Africans’ bodies through the vaccine. The truth is that if they had wanted to exterminate us they would not have waited for the Covid-19 vaccine.  In Africa, we ingest so much food and so many drugs made in the West. They could have used any of those.

Millions of African babies, for example, are fed on Lactogen milk, which is not made in Africa. Such foods could have been used to achieve such evil ends. They could not have waited for Covid-19 vaccine, which only few African countries can afford.

Our problem is that we are steeped in oral tradition. Anything that anybody says is easily grabbed and believed. More so if the person giving the message claims to do so as a servant of God. We have not developed the ability to test the spirits, as we are urged to do in 1 John 4: 4–6.

We need to search within our belief systems and recognise truths from untruths.

Challenge of change in Malawi

Shoddy service from an international bank 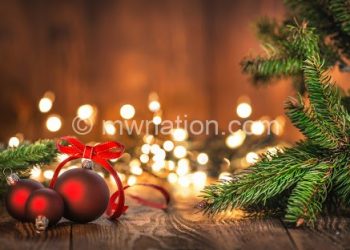 Cut out the embellishments from the Christmas story