Malawi can achieve optimal benefits from the proposed Tripartite Free Trade Area (TFTA) if it increases its exports to the region which are significantly low, a researcher has said.

Trade Law Centre (Tralac) researcher William Mwanza, writing in the book From Cape to Cairo: Exploring the Tripartite FTA Agenda, has said although there are prospects for some products to members, including the Democratic Republic of Congo (DRC), the country should work on removing challenges such as rules of origin to increase its exports.

The researcher, a Malawian, notes that in 2012 Malawi ranked 15 out of 27 economies with about 1.09 percent of trade exports into the region which includes 27 members under three Regional Economic Communities (RECs): the Common Market for Eastern and Southern Africa (Comesa), the Southern Africa Development Community (Sadc) and the East African Community (EAC).

Negotiations for the proposed FTA started in 2011 aimed at creating a grand trading bloc.

However, Tralac researcher points out that under the TFTA guidelines Malawi will have to negotiate with members with which it does not have preferential trade agreements with, including Angola, the DRC, Eritrea, Ethiopia and South Sudan which are not the traditionally significant Malawi’s export destinations.

Mwanza appreciates that landlocked Malawi has a relatively small economy compared to other economies in the region fertilizers, machinery and pharmaceuticals with top sources as South Africa, China, India, Mozambique, and the United Arab Emirates.

Malawi’s top exports to the world include tobacco, uranium, tea, sugar and groundnuts being exported to Canada, Belgium, South Africa, Switzerland and Zimbabwe.

However, Gwengwe noted that European and the American markets are lucrative to the country although Malawi traders face higher costs and experience more logistical bottlenecks to access them.

To prompt exports in 2012, Malawi launched the National Export Strategy (NES) which also argues for the importance of intra Africa trade.

The NES notes that the strategy is not about exports only but is crucially also about how Malawi can build the productive base of its economy.

Tabitha Chawinga to try her luck in Sweden 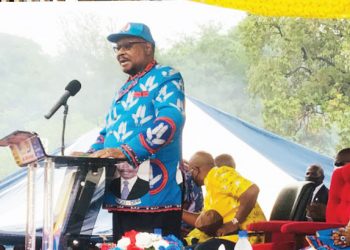