The friend who went for a low paying job

Last year, a very close friend of mine phoned me late in the night. “Amwene ndazitaya. Ndapeza pena basi” (I am quitting, I have found a new job). He told me where he was moving to and I was left mouth agape. “Get out of town buddy!” I responded. “No am not joking,” he quickly chipped in.

This friend is good at what he does in his profession. I admire his skills and professional ethics to bits! But he had left his full time job that earned him more than a three quarters of a million for a less than a quarter of a million position. Something was wrong. I called the wife in disbelief, but she confirmed the same – “ndi momwemo alamu” (that’s true in-law).

Why would somebody walk away from a job that pays well and take up another that pays less? I lay there trying to solve the puzzle. I wished it was calculus because I would have used my mathematical knowledge. So, I was all over searching for answers.

I discovered the answer to be simple. Money isn’t everything.

Long while back, I read Daniel Gilbert’s great book, Stumbling on Happiness. One little point he made stuck in my mind. Gilbert wrote about a study in USA that compared workers happiness with their salary levels. He found that there is a minimum income threshold on which people’s happiness gets fulfilled.

What’s interesting, though, is that people earning over $40 000 were not any happier with their lives. Additional income did nothing to increase people’s happiness.

Gilbert offered a bunch of his own conclusions from that study, but my conclusion was pretty simple: any income above a certain threshold does not make you happier. I won’t say that threshold is exactly $40 000 for Malawi —it’s likely to be much lower, because that number varies a lot based on location, number of dependents and so on, but I will say that the magical amount of “enough” income is much lower than many people think.

What does that “enough” income represent? It represents the amount of money needed to keep a roof over your head, food on your plate, a car in your yard (for others), and a little bit of breathing room to enjoy life. Income beyond that does nothing more than inflate our basic standard of living. Simply put, beyond a certain threshold, one is not looking for basic needs but needs and improvements of the basics—a nicer house, a nicer car, a nicer vacation, a nicer phone, etc.

But in the long run, those “nicer” things don’t contribute at all to lasting happiness. Once we have those “nicer” things, we’re right back where we started, wanting something nicer yet. Our Corolla becomes the Rav4 we’ve wanted and then before long we want a BMW. Instead of our 1 000 square foot house, we want a 1 600 square one and then we want a palace. Our camping vacation in Dowa is replaced by a weeklong holiday at Lake Malawi National Park and then we want a holiday at Victoria Falls. We wish to replace our ‘Mose wa Lero’ cell phone with a Nokia 5210, and then we want a Blackberry—why, there are more ring tones and games —which we don’t even use eventually.

Once our bases are covered, more of the same doesn’t bring us fulfillment. Instead, fulfillment comes from the things that make you happy and bring you value in life.

Whatever that fulfillment is, it rarely comes from acquiring more of the same things you already have.

These days, whenever I see someone making a choice to earn less, I usually smile. Why? Because they may have found something that made them happier—something beyond money.

Chakwera quits as president of Malawi Assemblies of God 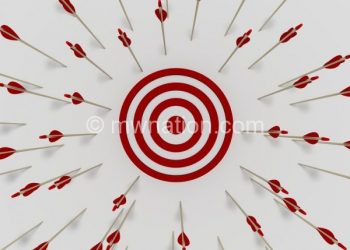