The importance of spending –A biblical story of talents

Some weeks ago, my pastor took to the pulpit the message from Matthew 25:14-30. The passage basically discusses a master who summoned his three slaves and entrusted his property to them. To one he gave five ‘talents’, to another two, and to another one, each according to his ability.

When the master showed up, each recounted their story with the two who had received the five and two talents telling success stories. However, the one who had received one talent told the master: “Sir, I knew that you were a hard man, harvesting where you did not sow, and gathering where you did not scatter seed. So I was afraid, and I went and hid your talent in the ground. See, you have what is yours.”

As one would expect, the master replied: “Evil and lazy slave! At least you should have deposited my money with the bankers, and on my return I would have received my money back with interest!”

Thus, this business of banking and finance is centuries-old. The moral of the story, in this context, is simply that you have to invest the little you have to gain more–so spend what you have. Remember that for others to make their investments profitable, they are waiting for you to spend.

One of the major factors that indicate whether we have a booming or dismal economy is consumer confidence and spending. Consumer confidence is such an important economic indicator that it is tracked and measured in other countries, especially in the so-called developed world (by the way, no country is developed in my honest opinion because development is a relative term). But even in Malawi, the national accounts reviews aimed at determining GDP growth, does depend to a large degree on what the firms say would be the levels of investment emanating from the firm’s perceptions of potential consumer spending for the coming year–basically consumer confidence.

Consumer confidence is not only important for an investor who wishes to boost their personal finances, but also has an important influence on the overall condition of the economy for the following logical reason: The more people spend, the more existing businesses thrive and expand, the more jobs are created, and the more new businesses are started to meet the demand for services and products. Remember, for the economy to be strong, there must be steady growth. Steady growth cannot occur without consumer confidence and spending.

One example of how consumer confidence and spending affects the economy can be illustrated using the festive season. Many businesses, primarily those in the retail sector, depend on a high volume of sales during the festive seasons of Christmas, Easter, Mother’s Day and New Year’s Day to boost and maintain their businesses during the rest of the year. When consumers are confident about employment, stock market returns, and low interest rates, they spend much more freely. At a minimum, this keeps businesses going, and at a maximum these businesses post profits, hire more employees, and expand and pay their workers even more. The cycle goes on.

However, the opposite is the case when consumer confidence is low. That is, spending goes down because people aren’t optimistic or secure about the near-future. This often results in businesses with low earnings and sometimes results in businesses laying off workers and downsizing or even closing down altogether. Of course, these events then drive consumer confidence and spending further down.

So please, spend your savings–but spend on activities that will generate more resources. That is what we call investment!

Blessed week-end to you and yours! n 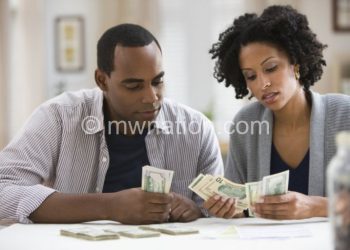 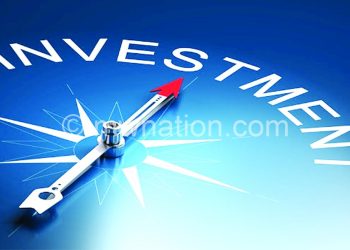