The plight of tenant farmers

Kasungu District has over 22 000 tobacco estates which attract many people to work as tenant farmers.

At one estate in Kadzimete Village in the area of Traditional Authority (T/A) Chilowamatambe, one finds shacks made of grass and covered with mud.

The shacks lie about two metres apart and each houses a family of between five and seven people.

There is no source of water nearby. Women and young girls are seen balancing pails of water on their heads on a footpath that snakes from a distant water source.

Thirteen-year-old Esther Mwala (not real name) stays in one of the shacks with her parents and four siblings.

Their hut is approximately two and a half metres long, just over a metres wide, partially smeared with mud and grass thatched.

On the roof, there are pieces of wood which the household uses for fuel.

The same hut, which has only a door and no windows, serves as a kitchen.

Wearing a purple top and a wrapper, Esther shyly emerges out of the hut together with three other children.

Her bare feet covered with dried mud reveal that she has just come from a muddy field somewhere.

“Currently, I am not going to school because we have just relocated to this place from Dowa and I didn’t get a transfer letter from my previous school,” Esther says.

It is around 10 o’clock in the morning on a Wednesday and most of the children her age, elsewhere, are in class but she is languishing at home.

Both parents are not around as they have gone to seek medical help.

There are also many other children around and are all not attending school.

Inquiries show that migration of parents from their home districts to work in tobacco estates in Kasungu creates many problems in families.

In the estates, the families are subjected to appalling living conditions.

Children do not go to school because they are not accepted as most of them move to Kasungu without getting transfer letters or identity cards.

“The problem lies where the parents move from one place to another without transfer letters or IDs for their children; this makes them not to be accepted in schools,” Mwale says.

However, he says the education manager’s office can still help.

“The office can trace where the children were learning and then issue transfer letters to produce at the new school they want to enroll.

“Since most parents don’t know or are just negligent, their children continue to stay away from school,” he says.

Some tenant farmers are not keen to send their children to school because they want to work with them in tobacco fields.

But the Ministry of Labour, Youth, Sports and Manpower Development has demonstrated seriousness in fighting child labour in tobacco estates by engaging estate owners.

Despite the efforts bearing fruits, with the estate owners stopping to employ underage labourers, the farmers work with their children in the fields.

To this effect, apart from the pathetic living conditions in estates, the children are deprived of their right to education which is the basis for human and national development.

Minister of Labour, Youth, Sports and Manpower Development Grace Chiumia concedes that, in most estates she has been to, the conditions are appalling and inhumane.

“I am very disappointed; the conditions in which the tenants are staying are pathetic.

The minister is also not amused with the tenant farmers’ children being out of school.

“Many children are working in estates instead of attending classes. The priority is money not the children’s education.

“The estate owners are rich; their children go to school but they don’t think about their workers’ children,” she says.

But estate owners attribute the poor conditions to underperformance of tobacco on the market.

He says there is overproduction of tobacco in some seasons resulting in low prices and poor returns.

“We cannot manage everything but we try our best. Most tenant farmers stay in shelters that are just good enough to dwell in despite being shacks.

“Most importantly, this estate is child labour free and I encourage the workers to send their children to school,” Bonongwe says.

Ministry of Labour, Youth, Sports and Manpower Development is mandated to ensure a healthy and safe working environment as well as address the needs of the vulnerable groups in the labour market.

The minister says the tenant farmers’ living conditions and their children’s inability to attend school are serious issues that need to be addressed once and for all.

“We will go around the country and make sure this is stopped. These people [estate owners] have to face the law if they continue to violate it,” warns Chiumia.

Generally, there is a lapse in labour-related law enforcement but the minister is talking tough.

“We are very ready; we are not going to sit down and watch the tenant farmers and the children being ill-treated.

“For those that want to keep tenant farmers in their farms and estates, the labour commissioner must first go around to check that they have good environment.

“At least standard houses must be there; otherwise, they [estates] have to be closed,” she says. n 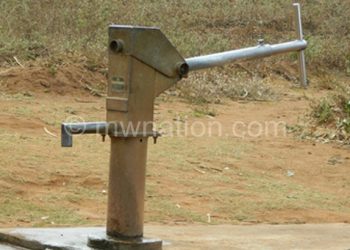