by Johnny Kasalika
in Business News, Front Page
7 min read
0
Share on FacebookShare on TwitterShare on WhatsAppShare on LinkedinLinkedinShare via Email

Announced amid a huge political storm—a post election impasse refusing to abate—news that Australian energy giant, Paladin Energy Limited has halted production at the country’s sole uranium mine at Kayelekera in Karonga has been greeted with nervousness and regret by the country’s economic watchers.

The development has, however, received a little lukewarm reaction than it could perhaps have normally received—perhaps not too surprising with the political impasse that grabbed all the headlines. But there are many who wonder whether the mine lived up to the high expectations Malawians placed on it during its commissioning in 2009 by former president Bingu wa Mutharika.

But for many economic experts, the closure of the mine symbolises a huge blow to the country’s fledging economy. Prior to commissioning of the mine, landlocked Malawi’s first recognisable commercial mining venture, the mining sector was contributing as little as three percent of Gross Domestic Product (GDP).

“This is a negative development with regard to forex earnings for the country,” Thomas Munthali, a prominent economist said on Thursday.

Global uranium prices that have been on a decline coupled with nuclear disasters, of mention, the Tsunami-instigated Japanese nuclear disaster at Fukushima has caused the business of uranium to dwindle over the years.

Paladin had spent approximately $200 million to develop the mine of which the firm owns 85 percent.

“The mine made good contributions in beefing up the country’s national income. I think, however, there were too many expectations on a mine that was just getting started. We needed to give it time to get established for it to bring the full contributions to bear as expected. The hope was that uranium prices would remain palatable but as is the case with any extractive sector raw materials, the terms of trade can be very volatile,” regrets Munthali.

Not that it was unexpected, Paladin in February warned this would happen, inevitably and former Minister of Energy John Bande quickly lamented the impending job losses.

“It is true that they (Paladin Africa) wrote to us informing us of their decision. But as government, it’s regrettable as some people will lose jobs,” said then Bande.

But economic experts warn that the impact on the economy is much bigger than just new up-scaled statistics of unemployment. According to projections by the Nico Asset Managers and Alliance Capital Limited Malawi groups, growth prospects for the year 2014 will have to be revised downwards following the suspension of production and threatens the growth rate of the GDP.

“Mining contributes about 10 percent of GDP and Kayelekera is a huge portion of mining industry in Malawi this means that all things being equal, the growth prospects of this country may be revised,” said Alliance Capital in its latest commentary.

On its part, Nico Asset Managers also indicates in its January economic report that the shutdown of the Kayelekera mine may drag the growth rate downwards as its export significantly contributes towards GDP growth.

“However, the shutdown of Kayelekera mine might increase the current account deficit if it is closed for a long time as uranium accounts for 10 percent of total exports but tobacco export growth will prevent a worsening shortfall,” reads the report.

The portfolio investment and management firm also observes that other risks to economic growth is the alleged corruption in the public sector as well as the intermittent which it says may damage productivity in the short-term while overall, the firm says economic growth in 2014 will be hinged on the recovery in aid, the expansion of agricultural subsidies and improved investor sentiment as well as innovations in the mining sector.

Last year, the economy was earlier expected to grow by 5.5 percent as projected by the International Monetary Fund (IMF) but was later revised to five percent based on the fund’s survey results as well as revised crop estimates.

In an interview last week, Chancellor College based economist Ben Kalua, says while the opening of the mine was a boast to the country’s economy, the impact was minimal as the country failed to draft an agreement that would have been more beneficial.

“The company was given many incentives that today one finds hard to justify. Its impact on the economy initially was big and led to recorded economic growth but soon everybody realised that the proceeds were not much and the drafting of the agreement was questioned,” explains Kalua.

He points at the incentives such as tax holidays and other terms of the agreement with the Australian based company as the reason why the mine never contributed to the economy and country development as many first envisaged.

But are Kalua’s sentiments and verdict surprising? Not really. A year ago, the United Nations (UN) special rapporteur on the Right to Food Olivier de Schutter, on a visit to the country, also cited the Kayelekera Uranium Mine (Kum), as one of the investments through which Malawi was losing a lot of its resources.

He suggested to reporters in Lilongwe that close to $281 million (K92 billion) which could have benefited the country was being lost due to various reasons over the 13- year lifespan of the mine.

As a food envoy, he unsurprisingly volunteered that these funds could have instead been used instead on feeding the country’s 1.7 billion citizenry; someone else could also have mentioned the dilapidated social infrastructure, the under-funded health service or the troubled education system. Simply put, it could have better been spent on fighting rampant poverty in the country.

Then, Kalua cited the special tax incentives to Paladin Africa Mining, estimated at almost K67 billion ($205 million) since the mine started its operations and could reach almost K92 billion ($281 million) over its 13-year lifespan, as the elephant in the room.

On the economic front, the special rapporteur further estimated that the country had revenue which could constitute over 10 percent of its GDP due to illicit outflows and tax evasion over the period 1980 to 2009.

“Revenue losses for special incentives given to Australian mining company Paladin Energy, which manages Kum are estimated to amount close to at least $205 million (K67 billion) and could be up to $281 million (K92 billion) over the 13 year lifespan of the mine. This amounts to at least $ 5.8 million (K6.5 billion) or up to $21.65 billion (K8.9 billion) per year,” he said.

Said Kalua: “Mining companies are exempt from customs duty, excise duty, value added taxes on mining machinery, plant and equipment. They can also sign special deals on the rate of loyalty owed to the government. I believe that there are more reasons that investors would come to Malawi without such incentives.”

He says the country should now attempt to replace the mine by courting more huge investment in the country’s mining sector to inject more diversity to the economy and stimulate growth.

“But we need to learn from lessons of the past, how we drafted the Kayelekera deal and ensure the country reaps what it deserves,” says Kalua.

Munthali concurs with Kalua saying Malawi has abundant minerals that remain untapped but could replace mining.

“All it takes is visionary leadership to tap on these resources,” says Munthali.

The mine operated under four components; based on royalties, company tax, government equity in the project, and specified benefits to the local community which is being provided by Paladin.

But economist Munthali says a public-private partnership would be a good route to explore and push the private sector towards giving a lift to the country’s budding mining sector.

“Otherwise, the gap left by Kayelekera will be felt on the economy – and one can only hope that the prices of uranium recover sooner than later. I personally believe that we could have done better as a country in negotiating the (Kayelekera) deal if we had engaged and followed mining law experts so that there was a win-win scenario both for the country and Paladin.

“However, I should be quick to add that attracting investors sometimes requires going an extra mile especially given that we have the same minerals across borders and our neighbours do have a better doing business environment than ours. So tax exemptions, though often not an impactful condition, can go a long way in attracting and retaining long-term investors,” explains Munthali.

According to recent figures released by the Ministry of Economic Planning in the 2013 government annual report, the mine’s uranium production was valued at K47.7 billion.

However, civil society groups have been very unimpressed. Groups such as Action Aid International and Malawi Economic Justice Network (Mejn) have previously questioned those figures and alleged the company has not be wholly truth on the matter and documented reports on revenue lost by Malawi government through suspected illicit actions by Paladin.

“The mantra that government sung at the time was that the mining venture will create jobs for many, improve small scale businesses, transform lives in Karonga through Corporate Social Responsibility (CSR) projects and consequently, modernize Karonga town with growth of industries. It is thus shocking that a couple of years down the line Kayelekera mine has been deemed as loss making entity that merits its suspension,” Alex Nkosi, a Social Conditions Research Programs Officer at another civil society group Centre for Social Concern (CfSC)told The Nation earlier in the year.

According to Nkosi, instead of uplifting ordinary people’s wellbeing particularly those based in Karonga where the mine is located, a survey by CfSC titled Basic Needs Basket Research Project revealed that the opening of the mine had succeeded in doing the opposite.

The survey blamed the mine, for example, for fostering a tremendous increase in the cost of living in Karonga which forced most of the people in the district to struggle to meet their basic needs which were relatively affordable before the mine opened citing among others competition for housing by community members and the mine’s employees.

But the company for a long time has also maintained that output has been going down and this year, in a turbulent three-month period of 2013, output fell from 350.3 tonnes to 345.6 tonnes.

And it looked inevitable as criticism of its non-declaration of profit bite harder alongside an unfriendly global business environment that the only sensible option for the company was to close shop.

For five years, Malawi has exported uranium in the form of a yellow cake to. But unlike an actual birthday cake, this yellow cake has failed to excite the Malawi economy and many of its citizenry.

Time to move on, grow the economy

Nomads yet to offer him job 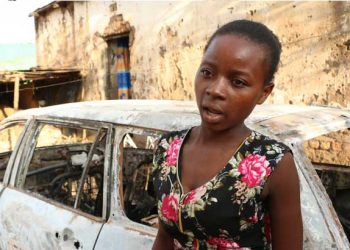 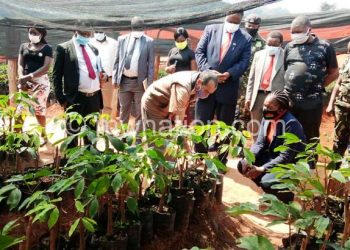 Nomads yet to offer him job