The antics of Vice President Saulos Klaus Chilima (SKC) in the last campaign period has left a lasting impact on the creative industry in the country and beyond.

The operational methods of the Veep captured both political minds and ordinary citizens such that some creatives have drawn inspiration from both his looks and speeches. Zambian comedian  African Joker has released a satirical clip in which he is hitting at Zambian women for their apparent obsession with SKC.

Locally rapper Third Eye has failed to resist the aura and charisma of the UTM president and he has taken on board part of the speech he made at a rally in Zomba to show his undying love for Malawi.

In a highly animated voice, SKC is pledging his allegiance to the black, red and green colours of our national flag while vowing that himself and patriotic Malawians are ready to die for the defence of its ideals.

The lines from the speech have been incorporated in Third Eye’s new song Red Black Green. The artist has used the song to reflect on the developments that have taken place since last year’s disputed polls such as mass demonstrations which characterised the period.

In an interview, the artist said when he heard the speech he was moved by the passion that SKC showed for the country which he quickly related to. He said he decided to make it part of his song because he feels the same way about his motherland.

Said Third Eye: “I just felt like this was a monumental moment we have collectively reached in our history as a country in our quest to attain justice and economic freedom. I felt this moment needed to be immortalised and there was no better way than to make the speech part of my song.”

On whether he sought permission to use the speech, the rapper said he did not feel the need to reach out to the Veep since the speech was already in the public domain. He said he hopes that the Veep will not have any problems with it.

“I listed him as a feature in the song to avoid thousands of questions about who is on the chorus of the song. I hope he forgives me if the use of his name and intellectual property offends him in any way,” he said.

The rapper said he has received a lot of personal feedback from Malawi and abroad which affirms his idea of creating the song. He said the song is part of his upcoming album No Room For Era which is set for release on July 20.

If I were Nicholas Dausi 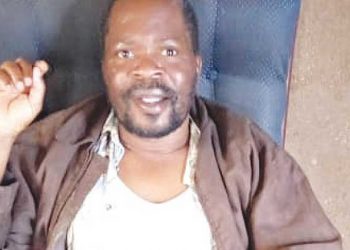 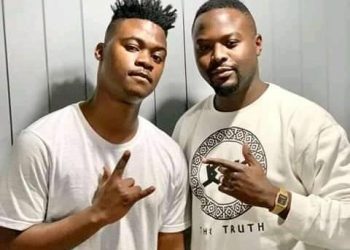