‘This is a development issue’

Last week, some traditional leaders aligned with the Chiefs Forum held three press briefings in Blantyre, Lilongwe and Mzuzu where they asked people not to patronise the April 27 demonstrations. Some civil society organisations (CSOs) are organising the protests over government’s handling of the K4 billion payout to legislators. In Mzuzu, Our Bureau Supervisor JOSEPH MWALE caught up with the forum’s secretary, Senior Chief Lukwa on why chiefs are poking their noses into the matter.

: Why this noise on K4 billion?

: Our stand as chiefs on the K4 billion issue is that we want the money to go direct to the area development committees [ADCs] and village development committees [VDCs] so that they utilise this resource to complete various development projects. You know that in Malawi we have many problems, and many unfinished development projects, so if we say we do not want this money, it means we are punishing the masses out there who need it the most. On the calls for Minister of Finance and Economic Planning Goodall Gondwe and Minister of Local Government and Rural Development Kondwani Nankhumwa whom the CSOs want to be sacked, my position is that this is a very sad development. These two ministers did nothing wrong to face dismissal.

As chiefs, we are asking the government of Professor Peter Mutharika not to listen to the CSOs on this because they committed no sin. As chiefs, we acknowledge that people have a right to demonstrate, but some demonstrations are useless and unrealistic.  In the present case, the demonstration is not realistic because there is no sin on the K4 billion.

: As Chiefs Forum, do you know where government is getting this money from?

: Obviously, this is coming from government coffers, its

tax payers’ money. Government decided to take this money to Parliament, so that members of Parliament [MPs] share it.  So, it is government money. There is no corruption in this case, because if there was any corruption, the two ministers would not have said there is some remaining money from the previous budget so that the MPs discuss and share fairly to finish up development projects. It is almost seven years now that government is doing administrative issues using resources from within because donors pulled out due to corruption.

: Has government told you the departments where it had this surplus money, especially when many departments are facing financial cuts due to lack of enough resources?

: If the money comes from our basket only, automatically there are challenges because government cannot give any department all the required money. It can be that government made some cuts on allocations to some departments. But all we are saying is that this is surplus money from the previous budget.  It can be cuts from the Ministry of Health or Education. The fact is that this is the saved money and there is no problem with it.

: So you don’t care that the money was cut from the Ministry of Health which is struggling to buy drugs for its hospitals?

: This is surplus money, and if government says lets share this money, there is no problem with that. I don’t care about where government saved this money from because it is from the past budget. In that budget, there is something that government did. It is money remaining from the Anti-Corruption Bureau [ACB], and some from Ministry of Health. Government took the same money back to Parliament, and the same MPs who passed that budget, have the mandate to discuss the surplus K4 billion.

: Who is sponsoring you on these errands?

: We don’t have traditional courts, we have unfinished health centres and school blocks, teachers’ houses, so we cannot say we don’t want this money. We are not politicians, but we are talking about the challenges we face in our areas. People are saying we are being used by government, that we have been bribed, but there is nothing like that, this is a development issue.

: You have not answered my question. Who is sponsoring you on these errands?

: We are chiefs who have many ways of getting help. While others call us names, others still come to our rescue when we ask for help. I cannot disclose here who is sponsoring us because tomorrow you will go to ask that person on where he/she got that money from.n

Governing Democratic Progressive Party (DPP) vice-president for the South, I wouldn’t be in the forefront declaring that President Peter Mutharika would go unopposed during the party’s convention.

Being a lawyer, I would be in the forefront ensuring that the party’s constitution is respected.

If I were mbuyanga che Chaponda, I would realise the need to accommodate inter-party democracy by ensuring that all the members are given a chance to express their views.

Oh yes, bwana Chaponda, when I and other party gurus decide to close the door on other potential candidates, the picture it paints is that we are not confident of the party’s incumbent leader Peter Mutharika’s chances of winning against whosoever is posing a threat to him.

Otherwise, I would let those that think they can challenge APM to do so at the convention.

If I were Chaponda, I would realise that I am still stuck in the out-dated era of imposing candidates and I need to wake up from my deep slumber and appreciate that this is a new dawn. Dzuka Chaponda! Dzuka!n

IF I WERE: George Chaponda 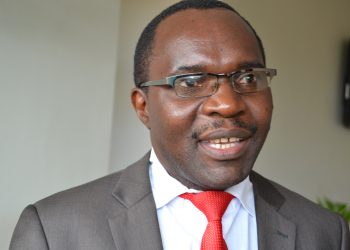