Democracy, with all its flaws, is the best thing—in terms of governance—that has ever happened to humanity.

Just think about the atrocities of the 31-year one-party rule, and you quickly get the point. 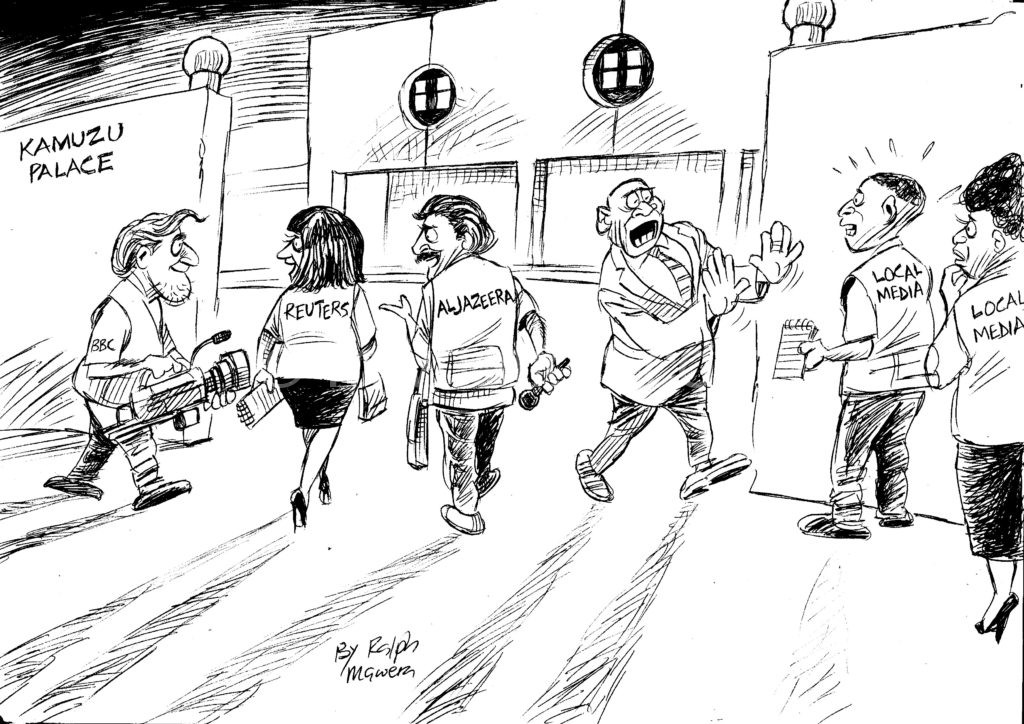 Kamuzu Banda’s life presidency (which thank goodness was curtailed at 31 years) was no child play; it tortured, killed, jailed and exiled thousands for very flimsy or imaginary reasons.

Not only did Kamuzu’s tyranny cripple our freedoms, but free-thinking as a whole. One day, a sober inquiry ought to be held on how the excesses of that bygone and paranoid era, contributed to our unenviable status as some of the poorest people on earth.

Since 1994, we are, gladly, a democracy. A thriving democracy at times; a fragile one occasionally.

Every five years, power returns to its rightful owners and the chickens, so to say, come for the roasting—as those who hold or seek power court us for votes.

And it’s at this point, that we, the people, choose whether to aid or destroy the nation-building project. At least, the choice is ours in the end. And whether we get it right or wrong, the fifth year of each election cycle provides an opportunity for redemption.

That’s the beauty of democracy.

But the thing is, democracy doesn’t exist for the sake of it. Indeed, democracy can perish if not properly safeguarded.

It collapses when institutions of accountability fall, chief among them, a free Judiciary, vibrant media and civil society.

It is worrying, hence, to continue seeing our leaders continuously undermining the systems of accountability in the country.

Take, President Peter Mutharika, for example. He inherited, and worsened, a bad practice from his predecessors. Mutharika doesn’t avail himself to Parliament per law—just as his predecessors, since Bakili Muluzi, have done.

Recently, he appeared to disobey a court order, too, compelling him to receive a petition by civil society groups (although that is still subject for courts to discuss) and he has consistently ignored norms of speaking to local media, at least once in a while, in an open environment.

While Joyce Banda, Muluzi and Bingu Mutharika would periodically hold press conferences (more of press rallies as party zealots were allowed in to intimidate journalists), the current President has stopped all direct media briefings.

Interviews, too, are a preserve for foreign journalists and, of course, the partisan State broadcaster.

Mutharika is, in short, not answerable to anyone except when the voting booths open next year.

And as Mutharika returned from his annual pilgrim to the United States this week— where he attended the annual United Nations General Assembly (Unga) and missed a few engagements without plausible explanations—once again demonstrated his disdain for systems of accountability.

Straight from disembarking from his chartered plane, he launched an assault on our freedoms by attacking civil society for holding demonstrations against his rule on the very day he left for the US.

It’s only ironic that while volunteering to mock activism, Mutharika failed to address critical issues pressing the country—the very issues the civil society have been protesting on: a bad economy, unemployment, corruption, nepotism, etc.

Such an open disdain for accountability belongs to Kamuzu’s bygone era –not the current one, for we all know better.

And this past week, the world was reminded of the stiff price of granting impunity free rein when Jamal Khashoggi, Saudi journalist critic of the state, disappeared inside a Saudi Consulate in Turkey.

He is now feared to have suffered a violent death at hands of a state killing squad. The gruesome nature of the killing, almost fiction-like, reminds us not only of the perils facing people fighting for a just world, but also the folly of undermining democracy.

When democracy is gone, its place is filled by something more vicious and dangerous.

And we can see it by peeping into our own dangerous past. For that reason, wish as our leaders may, this country shall always stand vigilant against a return to the dark days.

And when the people are not voting, hence yielding power, it will be up to the courts, media, Parliament, civil society, to ensure their interests, democracy, and future, is well protected.

Was it wrong to empower my wife?

Was it wrong to empower my wife?