Under-20 national soccer team coach Ernest Mtawali has said the move to draft three of his key players into the senior national team is a welcome development as they stand to gain valuable experience.

Mtawali was reacting to the inclusion of defender Miracle Gabeya (Big Bullets), midfielder Ernest Tambe (FC Surestream) and striker Chawanangwa Kawonga (Silver Strikers) into the Flames squad that went into camp on Sunday in preparation for next month’s 2015 Africa Cup of Nations Group B qualifiers against Algeria’s Desert Foxes. “It’s a very good development and I would like to commend the senior team coaching panel for considering these youngsters. It will be a good learning process for them.

“Gradually, they will gain valuable experience and also learn from their experienced peers,” said Mtawali.

Asked if he expects them to make an immediate impact and break into the main team, Mtawali said: “Well, that depends on their performance and the coaches’ plans, but they all have big hearts and who knows, they could probably sneak in.”

Flames coach Young Chimodzi said it will be a learning process for the junior national team players, but did not rule out the possibility of including them in the final squad should they make the grade.

“It will be a gradual process, but if they impress, they can be considered,” said Chimodzi. 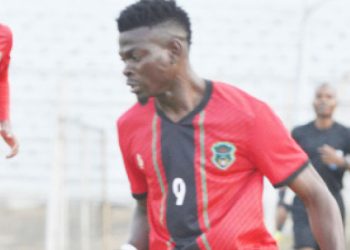