It is no secret that medical drugs, fertiliser, oil and cement strive and thrive on cartels. This is more heightened on fertiliser and drugs in Malawi. Yes, global dynamics determine the local facade but local mafia have an upper hand, fixing prices higher than speeds in the global sphere.

The mafia that import essential drugs and fertiliser do so in advance and anticipate government tenders. The mafia stock drugs and fertiliser way before either drugs or fertiliser prices go up – implying imports are done even before things get worse globally. That is why warehouses are built in the outskirts. A simple audit to those warehouses would reveal the amount of Panadol and tampered with expiry dates on the sachets of the pain killer or tonnes of fertiliser imported years back is right in the country.

In the unlikely event that the tenders do not go their way, the new winners still deal with the cartel at a higher cost who may not be given the deals. Granted, whether they win the tenders or not, the commodity still comes from them. Imagine a small player or someone higher than that but an indigenous Malawian wins some fertiliser or drug tender, would struggle to get the product, more so a letter of credit from a commercial bank. That is why it is impossible to kick out DPP ‘tenderpreneurs’. After all is said and done, the cartel that supplies drugs and fertilizer remains the same, whether they win tenders directly or via third parties. They have supplies all the time.

This is what the current President Lazarus Chakwera needs to deal with, by empowering Malawian entrepreneurs. This leads to Chakwera’s lamentations on increased fertiliser prices a couple of days ago.

What happens in Malawi is that some kind of a loosely arranged formal agreement among importers of fertiliser and drugs meet at night to regulate or manipulate prices. Any movement in global prices, they jump in.

This community, and shall be called like that to avoid racism overtures act together – as though they were a single importer and thus can fix prices for the fertiliser and hospital as they supply government, without competition. It is a cartel, folks even in the smartest of dreams of a local entrepreneur, a sachet of an essential drug quoted at $30 can be offered to a non-suspecting local importer for $100 thereby making him or her uncompetitive. The cartel still gets the same at $30. This is a complicated business.

Solution is to let those drugs and fertilisers expire in their warehouses as alternative sources are identified. This second wave of colonisation needs to vanish, and it starts with good planning to avert statements like “we have everything you are looking for in stock”

Deliberately the government needs to create its own traders and entrepreneurs, assuming the other cartel is unchallengeable. It is actually challengeable, let their wares expire in their face. The prices will reduce, the country cannot be held at ransom on the premise that they have ready wares which they ordered years back and basking in the glory of new international prices.  They are using global changes for stocks ordered earlier.

These cartels are hypocritical. They reduce the competition by controlling the price in agreement with one another. In fertiliser and drugs, they use phony and funny tactics that tamper with the reduction of supply, price-fixing, collusive bidding, and market carving. It is sad, all the money gotten in Malawi or loosely put – looted in Malawi is used to build places like the UK, where their allegiances lie if we were to base where their wives and sisters go to give birth or their own Queen’s passports. These fertiliser and hospital drug dealers are illegal and promoters of anti-competitive practices.

Who suffers? The actions of cartels hurt consumers primarily as prices sky-rocket.

In fertiliser and drugs, these cartels pretend to have some look-alike industry associations, seeming like they are exchanging information when their agreements are secret, many times lobbying the government to exterminate developmental policies hugely for their private benefit.

Drugs and fertiliser are areas that require the administration’s eyes ato watch out for many collusive arrangements. These new prices of fertilisers, which are high, are not real.

It has become common knowledge that farmers in sub-Saharan Africa do apply fertiliser minimally and folks the region accounts for just 1.5 percent of the world’s consumption of nitrogen. That is good business for traders, who are not even indigenous in Malawi.

Godot, watch fertiliser, oil, drugs and cement cartels, it is time we had Malawian traders who develop the country more than those who build flats in London. 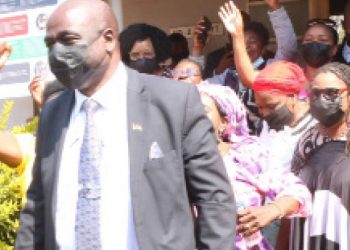 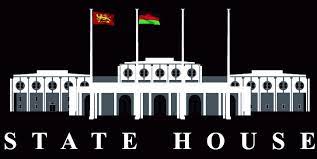 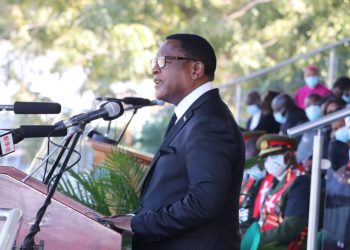