These people fought for the continuation of the plunder and looting that was the order of the day in the DPP-led administration. To say now that they have repented and want to join the very team they fought against during the campaign is double dealing and treacherous.

It is in this light that I find Lyson Sibande’s resignation as personal assistant (PA) for Minister of Civic Education and National Unity Timothy Mtambo this week in good order.  It is the right thing to do. Mtambo should accept it as having been made in good faith.

Sibande threw in the towel after his appointment received mixed reactions from the general public. Many of those who were against his appointment cited his earlier Facebook posts which they said showed he was a DPP cadet to boot who heavily campaigned against the Tonse Alliance during the campaign. The detractors also felt he was an opportunist who was still DPP at heart and therefore not best suited to work so closely with a Cabinet minister in the new government.

Others however argued there was nothing wrong with the appointment, saying after all, the man had already been working with Mtambo at the Citizens Transformation Movement (CTM) before elections where he was a deputy communications director.

Well, for me, Sibande’s resignation is good for the Tonse Alliance administration. It is also good for Malawians. Tonse Alliance committed to fight corruption. But it won’t succeed in busting graft if it continues roping into its fold cadets—the very people who fought it during campaign. DPP has not been dismantled. Its members are still bedfellows. They were and still are friends. Do not be cheated that they have broken ranks. Those who are trying to leave the party still have many friends in the blue camp. Naturally, they sympathise with their friends when the Police pounce on them for suspected crimes.

Almost everyone—except DPP sympathizers—agrees that the immediate past regime mercilessly plundered this government. And one of the issues that brought down the Peter Mutharika’s administration is corruption. From the manner some people in the DPP-led administration accumulated wealth, it became so obvious they were involved in corrupt activities. The Tonse Alliance led by Lazarus Chakwera and Saulos Chilima promised to drain the swamp by, among other things, fighting cartels behind the graft.

It is against this background that I feel UTM should not have welcomed former DPP regional governor for the Eastern Region Julius Paipi into its fold. If there was one district UTM suffered a lot of atrocities during the Tripartite Elections in 2019 as well as the court-sanctioned fresh presidential election this year, it is Mangochi. UTM vehicles were torched in Mangochi. DPP and its UDF alliance partners made it so difficult for the Tonse Alliance to campaign in the whole Eastern region. And who was at the helm of the DPP in the region but Paipi. These are opportunists who are looking for nothing but survival now that their financier is out of government and they don’t see much coming from the party. Paipi is being very ungrateful to DPP to say he has dumped the party because it is not honest. All these years when DPP was in power, it was honest. But one month after leaving government, Paipi finds it not honest. My foot!

In the same vein, the Tonse Alliance should guard against opening the door to each and everyone from across the political divide. Especially those who held senior positions in the DPP. They have no agenda other than rent-seeking. All they want is survival. Some could even be doing so to protect themselves from prosecution for crimes they might have committed while their party was in government. n 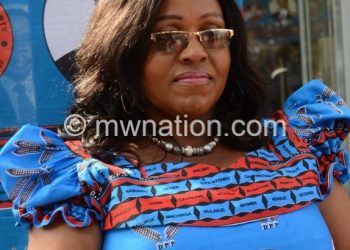