TopSport has partnered Sports Council in an exercise to recognise the best football player, netballer and boxer as Malawi commemorates 50 years of independence.

According to TopSport operations manager Kevin Moyo, the awards, which might take place next month, would also recognise last season’s best players in each of the 15 TNM Super League clubs.

“The awards aim at celebrating the country’s 50th anniversary in sports. Nevertheless, the Best Football Player Award will be conducted in similar fashion as the recent Fifa awards which acknowledged Brazilian Pele and Argentinean Diego Maradona as best footballers in the last 100 years,” said Moyo.

He, however, concurred with council executive secretary George Jana that they would presently not reveal more details on the awards because they are still discussing how to successfully conduct the event.

“The idea of the awards is still in an egg-shell because we are still consulting various stakeholders on how we should go about it. I think it is too early to start talking about it now,” said Jana.

According to a source who asked for anonymity, council hatched the awards idea 10 years ago and initially wanted it to be part of Malawi’s 40th anniversary in 2004.

The ceremony, which might become an annual event, would be a big relief to local athletes who have rarely been recognised since the end of the MBC Entertainers of the Year programme over a decade ago. 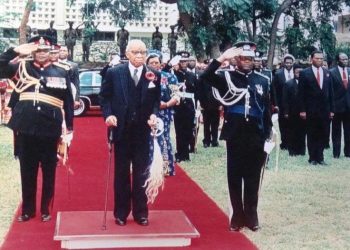