The Legumes Development Trust (LDT) is appealing for more investments in the legume sector to improve livelihoods of smallholder farmers.

The appeal was made on Monday at a media briefing in Lilongwe ahead of the annual legume stakeholders meeting to be held tommorrow under the theme “Re-energising The Legumes Sector: A Closer Look at the Current and Future Legume Sub-sector”.

He said: “Legumes industry is in its infant stage, as much as we appreciate the initiative and recognition by government, we say K1.8 billion is not enough.

“We can only hope that it will be used in the best interest of developing the industry, so that next year, we will have to see the difference on improved production, marketing and value addition”.

World University Service of Canada (WUSC) country coordinator Godfrey Mphande said the country has over two million smallholder legume farmers out of which, 60 percent are women who provide 70 percent of labour but face numerous challenges.

He said: “We know that women are involved in legume production but they are marginalised on marketing and value addition issues. We need to bang heads and resolve these issues to ensure balanced and increased incomes through participation at various levels in the legume value chain.

So far, the country’s notable legumes include groundnuts, soya beans, pigeon peas and common beans produced on approximately 804 727 hectares (ha) with an average per capita land holding size of 0.4 ha. Legumes are earmarked by the National Export Strategy (NES) and National Agriculture Investment Plan (NAIP) as having potential for export as the country seeks to diversify traditional export crops such as tobacco, sugar, tea among others. 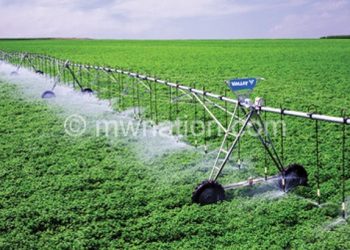