Margret Bwanali is a 62-year-old widow living in the remotest part of Area 24 in Lilongwe City. She is a mother of 14 children—11 of whom are still living.

The story of Bwanali is touching, heartbreaking and, of course, a cause for panic to the nation.

In 1999, two of Bwanali’s children—Maxwell and Mavuto—born in 1996 and 1997 respectively, were taken by two officers from Lilongwe Social Welfare Office—one of them Mary Chisala—claiming they were taking them to a foster home in Mchinji.

Surprisingly, according to Bwanali, the officers denied her access to her children. Worse still, Chisala initially denied having knowledge of where the two boys were taken to despite telling Bwanali earlier that they were taken to Mchinji.

“They came and picked the children. They refused to allow me to go with them,” said Bwanali.

Twenty-one years down the line, Maxwell and Mavuto’s whereabouts are not known as officials at the social welfare office feign ignorance of the matter.

In an interview with Nation on Sunday recently, Chisala first expressed ignorance of the missing children.

“I am blank. I know nothing about that. Remind me of the issue, please,” she said.

But when pressed further, Chisala changed tune, admitting taking two of Bwanali’s children to Mchinji. She said she did so under instruction.

“Don’t ask me so many questions as if I took the children to my house or as if I just woke up one morning and took them. I had the blessing of my seniors—Ministry of Gender. Go and ask them, not me,” she said angrily. And before cutting the line, she told this reporter never to call her again on the matter.

In separate interviews, Principal Secretary (PS) in the Ministry of Population Planning and Social Welfare Ken Ndala asked for a questionnaire before commenting on the matter whereas director of child welfare Dina Gumulira said she only had sketchy details of the issue. The first e-mail to Ndala bounced several times and by press time he had not yet responded to the questionnaire which was sent to him using an alternative e-mail address he provided.

On her part, Gumulira said she knew about the issue when she was a junior officer, but now that she is director she will go into the files to see how best to pursue the matter.

Much as Chisala insists that the children were taken to Home of Hope in Mchinji, a visit to the facility established otherwise.

She denied ever receiving Maxwell and Mavuto Bwanali at the centre. She described as a lie Chisala’s claim that the children were taken to Home of Hope Village in Mchinji.

“Ask Chisala to come and challenge me that she brought the children here. She probably knows where she took them. She is a woman, and she has to learn to be honest with herself,” said Malitowe.

She has since asked police to pin down the concerned social welfare officers to reveal where they took the children.

But, when called again, Chisala in anger said she has no documentation of the children. She insisted that she was surprised that the centre was denying ever receiving the children. Then, again, she cut the line.

One of the country’s child rights defenders Amos Chibwana expressed shock at learning about the matter. He said he cannot believe that the two children have gone missing in government’s social welfare system.

He suspects the two social welfare officers took advantage of the absence of a child protection law then, to advance an evil mission.

“The truth of the matter is that government took the children. Let it come in the open and tell the nation where the two children are,” said Chibwana.

He added that this is about two lives, it is not a laughing matter; hence the need for a quick intervention.

Women’s Legal Resource Centre (Worlec), through executive director Mag Kathewera Banda, has added weight to the matter, saying it is unfortunate that government has subjected the poor woman to trauma and psychological torture.

She expressed fear that Maxwell and Mabvuto may have been trafficked.

“This is physiological torture of the highest order. Where on earth can a whole government fail to get to the bottom of such an issue for over 20 years when officers responsible are alive and still working?” asked Kathewera Banda.

She further said the disappearance of the two children was a calculated move, “and the syndicate involves many people”.

While Bwanali says she reported the matter to Lilongwe Police, [popularly known as Area 3 Police], community policing coordinator Inspector Malango Mwasinga said they advised her to report the matter to the ministry, but she is yet to report back to them.

He said police are waiting for Bwanali to confirm the missing of her children so that the law enforcing agency can start investigating the matter in earnest.

“Let me admit that as police we are aware of the issue. We advised the woman to first engage the office of the social welfare and that from there, police will decide whether the issue is criminal in nature,” said Mwasinga.

Bwanali, who fought back tears throughout the interview, said what she wants is nothing, but her children.

“Don’t tell me where my children are, I only need to see them physically,” she said.

It is 21 years since the two boys disappeared in the hands of the government, through the two social welfare officers, one of whom keeps changing statements on the disappearance of the two children.

Another setback on the matter is that Chisala [and her colleague] have never been summoned by any authority to explain their role, further heightening suspicion that there is a lot more to it than meets the eye.behind the scenes.

Maxwell and Mavuto are Bwanali’s children, hence she is supposed to know where her sons went. Why is it that everyone is not willing to assist Bwanali know the truth about her children?

Officers who took the children insist they surrendered them to Home of Hope in Mchinji while the facility’s management denies receiving the two boys—who is fooling who? And why has such an emotional issue taken so long to be resolved?

And yet another question is: Should we assume Bwanali’s case was the first in the country or there are a lot more that need to be investigated?

And, finally, Bwanali’s million dollar question still echoes: “Where are my children?”

Private schools ripping us off 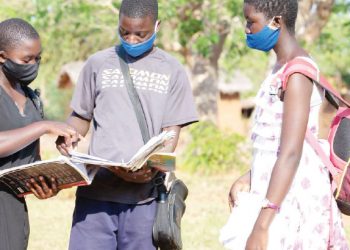 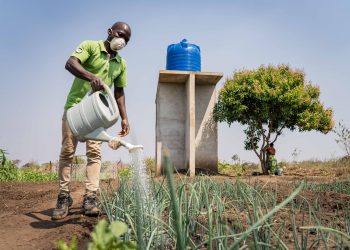