Malawiâ€™s opposition United Democratic Front (UDF) says it will hold its national convention towards the end of the year where the party is expected to identify a potential candidate in the 2014 presidential elections.

In an interview on Tuesday, UDF secretary general Kennedy Makwangwala said the party has established a committee to prepare for the indaba. The committee is being headed by former legislator and minister Lilian Patel.

“We will have the national convention in one of the months from October, November or December. We will also see if it is possible to conduct two conventions; one this year and another next year as per our constitution,” said Makwangwala.

He also said the party will take the convention as an opportunity to sort out the issue of the position of president and chairperson of the party which he said has been a source of confusion.

“The position of president is not in the constitution, we have only the chairperson and the convention will look at that as well,” he added.

Members of the convention committee include Leornard Mangulama as spokesperson, Viva Nyimba as legal adviser and a Mr Kachere as the deputy chairperson, according to Makwangwala.

UDF, which is divided into two campsâ€”one led by Friday Jumbe and the other by George nga Ntafuâ€”held its last convention on April 24 2008.

NB businessperson under pressure to drop case against former ministers

MCP to remain in oppositionâ€”MPs 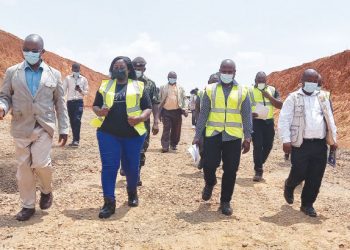 MCP to remain in oppositionâ€”MPs