Uganda Football Association (Fufa) has contradicted FAM that the Wednesday international friendly match between the Flames and the Uganda Cranes was cancelled due to the Ebola disease.

Fufa claims that Football Association of Malawi (FAM) has no money.

FAM announced on Thursday that it had cancelled the strength-testing match on advice from government due to the escalation of the deadly Ebola disease outbreak in the Eastern African domain.

However, Fufa spokesperson Rogers Mulindwa denied the game was called off due to Ebola, saying it was due to financial constraints on the part of Malawi.

â€œThey raised the Ebola issue some time back, but we explained these are isolated cases and they got convinced. The truth is that they do not have money to meet the costs,â€ argued Mulindwa in an interview with the Daily Monitor of Uganda.

The paper further reported that this was despite assurances from the World Health Organisation (WHO) that Uganda was safe for people to come in and out.

â€œIf that is what they (Fufa) are saying, then it is very unfortunate because government had already committed funding for the match. In fact, if the issue was about funding, then the national team would not have proceeded with camping.

â€œThe truth of the matter is that the game has been cancelled because of the health risk that the country would have been exposed to,â€ said Nyamilandu.

But he reiterated that they are trying their best to arrange another friendly match on August 25 or 26.

â€œIt would be suicidal to face the African giants who reached the quarter-finals of the last World Cup without a strength-testing match,â€ said Nyamilandu.

Flames coach Kinnah Phiri described the cancellation of the friendly as a major setback in the countdown to the Ghana game.

â€œIt is a blow because there is no guarantee that we might secure another friendly,â€ said Kinnah.

Ghanaâ€™s Black Stars are scheduled to take on China on Wednesday in a friendly match in preparation for the Flames.

Mwawi advised to rest till Jan

â€˜Have your blood tested any timeâ€™ 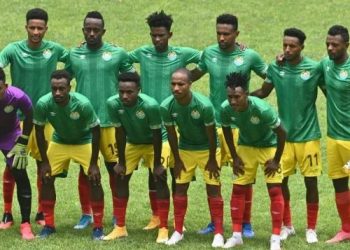 â€˜Have your blood tested any timeâ€™