Born in the outskirts of Mangochi to parents who never went to school, Esther confesses that life is not easy.

She wakes up at dawn to draw water, before walking three kilometres to school. She goes to school on an empty stomach, counting on porridge provided there. 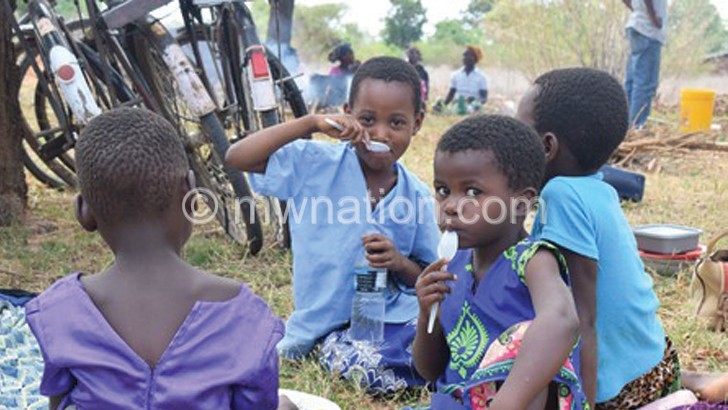 Shoes are a luxury her parents cannot afford, and she goes to school barefoot, with tattered clothes. After school, she helps her parents with household chores, leaving her with little time to revise school work.

She is not alone in this. Such  are the challenges facing most primary school children in rural areas—reducing their chances of making it to secondary school, and forcing some girls into early marriages.

“Cultural practices such as initiation ceremonies lead to absenteeism and contribute to early pregnancies, marriages and sexually transmitted diseases. Traditional beliefs of the limited role of women in society and the lower value put on girls also result in girls’ lower self-esteem and teachers’ perception that girls are less able than boys,” said Chindime.

She also said school infrastructure and sanitation facilities are not gender-sensitive, contributing to girls’ absenteeism when they are menstruating.

Outlining some of the 54 Articles to the United Nations Convention on the rights of the child, Unicef communications officer Rebecca Phwitiko said, for instance, according to Article 3, adults should always be mindful of how their decisions affect children.

She also spoke of Article 6, which gives children the right to be alive in relation to nutrition; and Articles 9 and 18, which talk about children’s right to live with parents.

Phwitiko said the media has a role to inform and remind government about children who are missing out on some of these rights; as well as telling stories about those benefiting from the efforts being made.

“If children miss out on their rights today, the impact could be life-long,” she warned.

She also said the media is a key partner in reporting children’s issues and bringing them to the attention of policy-makers.

“Unicef works to improve the lives of children and help them to realise their potential. This involves support for programmes, interventions and policies across the sectors (education, health, nutrition, child protection etc) and advocacy for and on behalf of children.

“The media is a key partner in reporting children’s issues. Our engagement with Women in Media is part of our broader work for child rights, to achieve greater understanding of child rights reporting among the media and support journalists as they profile children’s lives and issues to keep them on the national agenda,” said Phwitiko.

One of the patrons, Dorothy Kachitsa, said the workshop was helpful, considering that in most cases the media tends to put children at risk in their reporting.

“It is possible to change the way we present children’s issues, for example, in our use of pictures and telling stories that concern children. We also learnt that there are a number of gaps and challenges that need to be addressed,” she said.

What research says about Malawian journalists

What research says about Malawian journalists