A United States of America professor in agricultural, food and resource economics Thomas Jayne has said research institutions such as Lilongwe University of Agriculture and Natural Resources (Luanar) hold the key to the development of developing countries.

Jayne, who is a Michigan State University Foundation professor, was speaking during a public lecture he held at the Centre for Agricultural Research and Development (Card) at Bunda Campus in Lilongwe under the theme Building Bridges Among African Agricultural Policy Research Institutions.

“The major challenge with most developing countries, especially in Africa, is that they use policies which have no evidence. This is so because research institutions have no proper coordination with policymakers,” he said.

Card lead researcher Professor Charles Jumbe said the lecture highlighted issues that will help to improve the use of research in policy formulation to boost agricultural productivity. 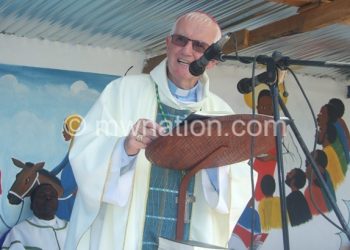