US pop icon Madonna returns to Malawi for charity work

US pop diva Madonna arrived in the country on Wednesday morning on an unannounced visit, The Nation understands.

The pop icon is expected to visit the sick at Queen Elizabeth Central Hospital in Malawi’s commercial hub, Blantyre.

On Friday she is scheduled to meet Malawi leader President Peter Mutharika government sources told The Nation on Thursday.

The ‘Material Girl’ landed at Kamuzu International Airport in Lilongwe at around 11 am on a chartered plane according to aviation sources at the airport.

An aviation officer, told The Nation: “She arrived at around 11am with 11 people, including her two adopted Malawian children—David and Mercy—and her bodyguards.”

He said there was heavy presence of police at the airport, especially around the cargo area where Madge’s plane (as Madonna is popularly known) was docked, according to our source.

Madonna is expected to, among other things, meet President Peter Mutharika while in the country, presidential press secretary Fredrick Ndala confirmed in an interview.

“I can confirm that Madonna is scheduled to meet the President on Friday,” said Ndala.

However, Ndala said he was not aware of whether the glamour queen had arrived or not.

It is not known how long Madonna will be in the country.

It is also not known as to where the singer is lodging, but has previously stayed at the exclusive Kumbali Lodge in Lilongwe.

During her last visit in April 2013, Madonna was embarrassed at the airport after her VIP status was revoked following a rift with the then president Joyce Banda. 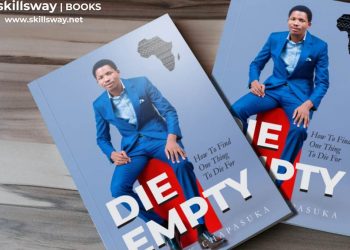