UTM Party on Monday welcomed Salima North West legislator Jessie Kabwila to its fold at a rally the party organised at Kauma Ground in Lilongwe.

UTM secretary general Patricia Kaliati described Kabwila, who was accompanied by Salima District Council chairperson Everson Mapayani and other defectors, as a new year’s gift received few months before the May 21 Tripartite Elections.

She said: “Today I want to announce that one of the sitting members of Parliament Jessie Kabwila has joined us. This is a new year’s gift to the party. Welcome to the party honourable Kabwila.”

Kaliati said she was proud to see Kabwila joining the party, adding the move means extra votes from the lakeshore district.

Kabwila, who dumped Malawi Congress Party (MCP) following her loss in the party’s primary elections held on December 17, said she has joined UTM Party after consulting her constituents.

In her short speech, she said people in her constituency want to align themselves with a leader who has a passion to liberate them from poverty and hunger they have been facing for too long in the district.

In a separate interview,  Kabwila vowed to ensure that UTM gets all parliamentary and local government seats in Salima.

She said: “I feel humbled to be welcomed in the party. I feel at home. My contributions to the party will be to ensure that all seats should belong to UTM come May 21 Tripartite Elections.”

In his speech, UTM Party president, who is also the country’s Vice-President, Saulos Chilima hailed Kabwila for joining his party.

He promised people gathered at the rally decent houses, a health clinic, electricity and potable water, if they vote UTM into government in the May elections. 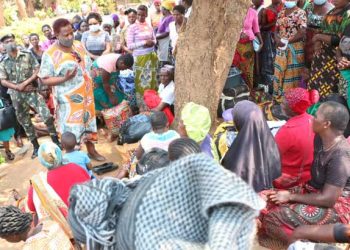 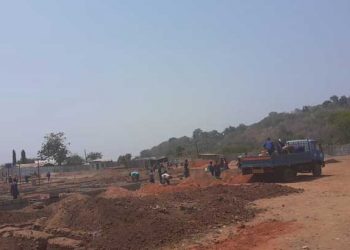