by Jacob Nankhonya
in Front Page, National News
3 min read
0
Share on FacebookShare on TwitterShare on WhatsAppShare on LinkedinLinkedinShare via Email

In an early morning briefing at 5.30am yesterday, the country’s Vice-President Saulos Chilima, who is also UTM Party presidential candidate in tomorrow’s election, alleged that DPP has hired former Zimbabwe Police chief Augustine Chihuri to train the mercenary officers.

But in an interview yesterday, DPP spokesperson Nicholas Dausi dismissed the claim, saying the alleged mastermind, Chihuri, is married to a Malawian; hence, if he has been seen in the country he must be on personal business.

In his address, Chilima demanded an immediate expulsion of Chihuri from Malawi, saying: “We are saying that Chihuri must leave our country. Don’t mess up our elections.”

DPP has dismissed the allegations, saying they are baseless and lack evidence.

Dausi said: “What UTM is alleging is not true. What I know is that the family of the wife of Mr Chihuri stays somewhere in Blantyre. Therefore, he could come to visit such people. We have no such dealings with him [such as asking] him to train anyone in anything.”

Malawi Police Service said yesterday there is no way a civilian can penetrate their security system during the elections, especially impersonating police officers.

The police’s May 11 2019 statement said that all stakeholders were free to inspect if the assigned officers are legitimate.

Reads the statement in part: “The service wishes to assure the nation that these stories are false. Only attested members of the Malawi Police Service will be deployed during the polling period.

“MPS will also be supported by the Malawi Defence Force [MDF], Malawi Prison Services [MPS] and the Immigration Department.”

Malawi Electoral Commission (MEC) chairperson Jane Ansah yesterday said she was not aware of all the alleged plot and complaint from UTM Party because the electoral body had not received any complaint.

She said it was disappointing that she had to learn about the issue through the media, urging electoral stakeholders to furnish MEC with any information for its action.

Ironically, during his briefing, Chilima had indicated that his party would lodge a formal complaint with MEC on the issue.

Ansah, who is a judge of the Malawi Supreme Court of Appeal, said there is no room for any bogus security personnel to infiltrate the system.

She said: “We had meetings with the Inspector General of Police, head of [Malawi] Prison Services, Immigration Department and MDF commander where our security officers are coming from and based on how we planned how they are going to work, I am confident that all is going to be alright.”

Ansah said as part of security arrangements during the elections, there is a command centre comprising representatives from MEC, MDF and Police which is overseeing the security operations across the country.

This year’s election campaign period was riddled with accusations and counter-accusations of rigging plots between political parties.

During the campaign, UTM Party and Malawi Congress Party (MCP) stressed that they were vigilant and would not allow anyone to rig the vote.

In reaction to alleged vote rigging plot, incumbent President Peter Mutharika warned that authorities would deal with anyone masterminding any plot that threatens to distort the free will of the people.

Civil society organisations have since decried the rigging claims, saying they have the potential to frustrate registered voters from turning up to cast their votes. n 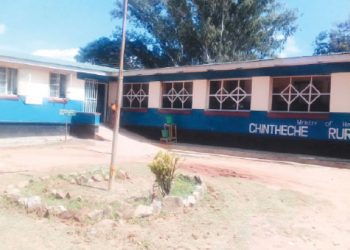 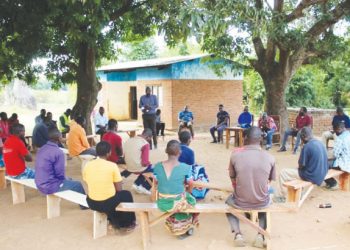 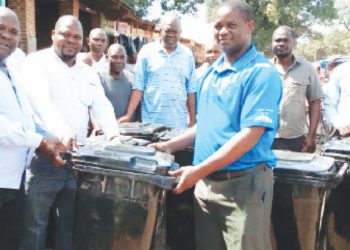