In his last State of the Nation Address, titled Balancing Development and Politics: Renewing Our Love for Our Country, delivered on June 5 2020 on the occasion of the opening of the 4th meeting in the 48th session of Parliament and the 2020/2021 budget meeting, the former president of Malawi, Peter Arthur Mutharika said: “Madam Speaker, I want Malawi to be a country where everyone must be accountable. Nobody should be above the law and nobody should be above criticism. The essence of democracy is that everyone must be accountable to someone else. Only God is accountable to no one.”

“In this country we want transparency; we won’t tolerate corruption. We want accountability without borders,” he said.

It was interesting that two people diametrically opposed politically shared the same vision about Malawi. They both saw a Malawi where everyone is accountable to everyone. The executive is accountable to the judiciary and Parliament and vice versa.

They horizontally check upon each other so that power is not abused. State institutions of good governance, which Professor Zimani Kadzamira prefers to call pillars of democracy, notably the Ombudsman, the Human Rights Commission, and the Anti-Corruption Bureau (ACB) do their work independently ensuring that government delivers on its good governance mandate. Then, there is civil society doing its vertical check and balances on behalf of the people.

While the formal accountability routes, horizontal and vertical, are at work, the people of Malawi must also actively participate to demand accountability. They must collectivize, in villages, in the ghettos, in the streets and elsewhere demand that Parliament executes its oversight mandate; that the Executive leads; that CSOs and, even faith institutions, pressure both the Executive and Parliament to deliver. CSOs and faith organisations must also be accountable and transparent in their dealings. The citizens, while demanding accountability from others, must be accountable to each other, that is, citizen to citizen. In the words of musician Clarence Carter, citizens must be ‘neighbourly’.

This across-the board accountability is what both Peter Arthur Mutharika and Cde Timothy Mtambo meant in their separate coinages. It is 360 degree accountability.

To be honest, our leaders have let us down, very much. But we must also acknowledge that we have let ourselves down more than they have let us down. We have participated in corruption directly such as paying bribes for public services or enjoying the proceeds of corruption. We witnessed corruption but not reported it. Churches have ever received money which they know has been stolen. CSOs have ever been captured by the State.

We have heard stories that some prisoners, jailed for armed robbery, are released at night, armed by the prison guards and are escorted in police patrol vehicles to steal at gunpoint. They are brought back in the night, disarmed, and put back into the cells. The proceeds of the crime are shared by the prisoners and the police. We will not talk about traffic officers networking.

These could be mere stories. But, we, Malawians, do believe in the adage that there is no smoke without fire. There cannot be armed robbers in a country where only the army, police and the elite own guns.

In short, for 56 years, politicians, civil society, traditional and faith leaders have not been fully accountable to each other. We, common Malawians, owners of this soil by birth and inheritance, have not been accountable to each other, either. For 56 years we have praised and danced to mediocrity, and eaten with thieves, only to shed tears when we find no medicines in public hospitals; no chalk in public schools, no fuel in police vehicles to patrol the streets; no power to light our homes. We have not wondered why private hospitals and pharmacies always have huge stocks of medicines; why private schools have every textbook students need; why private guard firms have all the fuel they need to patrol the streets.

Unless we, Malawians, rise up and become active citizens to check on the performance of elected leaders and service providers, including CSOs, the new Malawi where Tonse will benefit will not be realized. Unless we, Malawians, team up and make our contributions to accountability without borders, we will forever shed tears. Unless we Malawians question the allocation ministers, judges, and others get, the siTONSE will eat from the plate of plenty. How does the government explain an allocation of 5 000 litres of diesel per month to a Principal Secretary who also uses common pool vehicles?

Listen to the words of American citizen, Frederick Douglass (uttered in 1857): “Power concedes nothing without a demand. It never did and it never will… Injustice and wrong… will continue till they are resisted with either words or blows, or with both.”

Standard set must be maintained 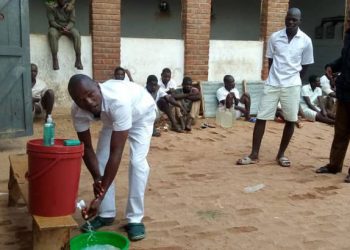