Since December 2019, the world of human civilisation has been under siege from a highly infectious SARS virus. Luckily enough, the world’s medical scientists quickly understood how it spreads and therefore how to police and slow it down. Medical scientists, the anticoronovirus soldiers, have advised us to maintain a physical distance between and among social selves, to wash or sanitise our hands, our spaces of works, and other places we regularly touch, and to cover our mouths and noses with a clean cloth whenever we are in public places.

Governments have been forced to lockdown their countries, limiting the movement of people, as the anticoronavirus soldiers disinfect our environment, test, identify and treat the infected. Some patients have died but many are still alive despite being infected. Citizens have largely listened to their governments and minimised their movements, masked their faces, and washed their hands.

For five months, the world has become one big jail, incarcerating even jailers themselves.  Despite that, the lockdown has brought out the best in human beings. Worldwide, communities are assisting each other without even bothering who they are; schools are giving free lessons and reference materials online, and doctors, nurses and other health professionals have been pushed into the limelight.

From Britain to America via Malawi, personal protective wear is in short supply, revealing that governments did not really care much about health workers’ lives. We hope our governments, poor and rich have learnt a lesson.  Health workers deserve a good share of our national budgets.  The rapid globalisation of the coronavirus 2019 has demonstrated that present humanity’s real danger and risk of being wiped out may not come from armaments and large belligerent armies, threatening as they appear, but from microbes such as viruses and bacteria. Our fight against disease should henceforth be prioritized by the UN and all member states.

The lockdowns have also confirmed that human activity is largely responsible for our filthy skies and dirty environment. International television, such as CNN, BBC and, of course, our great MBC, have shown us how the lockdown has helped slowdown human activity, cut down pollution and improved the atmosphere.  We hope, Ngwazi Professor Dr Donald J Trump and other climate change denialists will now revise their stance and agree to work with others to limit human activity so that the environment can continue to sustain human life.

The lockdowns have also helped the fish to breed and marine life that had been driven far away to come closer to the shores.   This reinforces the argument the Malawi fisheries department has made to justify the closed seasons over Malawi’s water bodies. If our water bodies could be closed to fishing for just one year, we would have enough fish to feed ourselves for years for fish will breed unfettered.

The lockdowns have also taught us that imprisonment is good.  It is no wonder that almost all great inventions and oeuvres have come from people who were somewhat isolated.  We will not give religious examples. We know from the world of literature that the USSR’s Alexander Solzhenitsyn produced his best literature while he was in exile in Siberia. Ngugi wa Thiong’o, Felix Mnthali, and Jack Mapanje are examples of African literary giants whose skill peaked while in jail.   It was in jail that Brown Mpinganjira, Aleke Banda and others planned of forming and launching the ‘old’ United Democratic Front (UDF) to confront Kamuzu Banda and the ‘old’ MCP. Someone joked seriously that for our kings, queens, princes, presidents and prime ministers to be innovative, they must first be jailed. Imprisonment, he said jokingly, spurs creativity.

In short, instead of weeping over the lockdowns, universities dons should be conducting more desk research and cleaning up their journal and book manuscripts. Students should be reading books, attempting questions and revising class notes. Politicians should be conducting tête-à-têtes to learn where they went wrong for Malawians to be so angry.  The ‘incompetent’ Electoral Commission should be cleaning up its house to avoid plunging us into another political uncertainty.    The NRB should…… What? 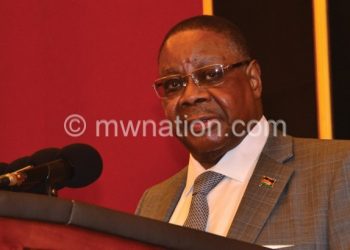 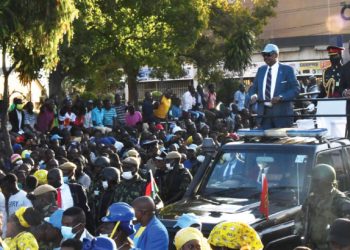