WFP and MSF fighting COVID-19 together in Malawi

The second wave of COVID-19 hit Malawi as people were ringing in 2021 and celebrating the end of a year of pandemic life. Malawi has entered its third wave as I write this, with the new outbreak unfolding at exceptionally high speed.

The new outbreak puts an additional strain on the Malawi health system, already fatigued after battling the virus in the last 20 months. During the previous wave, the only public health facility hospitalizing COVID-19 patients for Blantyre District was the Queen Elizabeth Central Hospital, which alone admitted more than 600 COVID-19 patients during the second wave.

To respond to the additional needs caused by this outbreak, WFP joined forces with Médecins sans Frontières (MSF) to erect a COVID-19 Field Hospital within the QECH compound, with assistance from the Malawi Institute of Engineers, in support of the national response. WFP set up large tents commonly known as Mobile Storage Units (MSUs) to provide the critical space for testing, observation, isolation, and treatment facilities during this wave. The field hospital also served as a vaccination point for the vaccination campaign rollout and will continue to do so as soon as new vaccines arrive in the country.

“The partnership between WFP and MSF came at a critical time in Malawi’s fight against the virus,” says Fabrice Weissman, the MSF France Emergency Coordinator of Malawi Mission. He highlights that the field hospital was only part of the MSF response that also encompassed the provision of oxygen and the secondment of staff to replace Ministry of Health personnel who had been contaminated or quarantined by the virus.

“Without the installations provided by WFP, it would have been impossible to increase capacity on time given the lightning speed of the second wave. WFP’s quick response and rapid deployment of installations allowed for the increased space necessary to test, isolate and treat patients in record time, which contributed to reducing the impact of the second wave,” adds Weissman.

Malawi remains a highly unvaccinated population. By mid-July, out of a total population of around 19 million, around385,242 people had received the first dose of the vaccine and only 43,165 the second dose. With the majority of Malawians still unvaccinated, the QECH field hospital, erected with support from WFP-MSF in Blantyre, will continue to serve on the frontlines of the country’s response to the pandemic.

WFP Malawi, as co-lead of the National Logistics Cluster, has provided logistical support to the COVID-19 response, ensuring augmented storage, transport capacity and engineering support to the Government and humanitarian partners.  In addition to Queen Elizabeth Central Hospital, WFP has deployed mobile units at border posts (for screening and isolation), in health centres (for testing and vaccination), as well as in Dzaleka refugee camp (for isolation and testing).  Additionally, WFP facilitated 22 humanitarian flights in 2020 and supported 53,000 people with cash distributions to respond to the economic impacts of the pandemic. 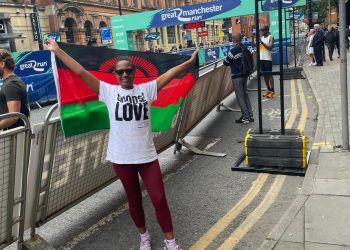 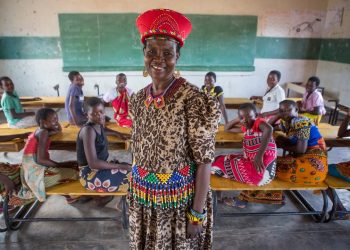 When public budgets are gender-responsive