Judge Mbadwa: The Ombudswoman Marita Chimbeki is demanding that public officers and People’s Demagogic Party (PDP) members who squandered taxpayers’ money during the reign of Mapuya be charged either with criminal negligence or genocide for deaths of people who failed to access proper care in hospitals and those who were led to their early deaths because they lacked basic amenities government should have provided.

Learned counsel, why do you think Mapuya, his minister and public officers who stole for him should be indicted by this court?

Marita Chimbeki: My lord, when I told the nation how some irresponsible officers saddled this country with a loan because of obsolete tractors the then government acquired from Gujarat, eyebrows were raised that we were just creating a storm out of a teacup. But what has unfolded before us after Lazaro and Sauli initiated a clear the rubble inquiry has proved what we have been saying all along that the PDP regime was a government of thieves by thieves and for thieves.

We were governed by a kleptocracy that never bothered about the welfare of the majority of the citizens they deliberately impoverished by their plunder.

My Lord, I want to submit that Mapuya and his cronies were individually and collectively responsible for the needless deaths of thousands of Nyasaland citizens who died in public hospitals because they were no drugs to treat their diseases or because there were no healthcare workers to attend to them.

The money, my lord, which should have been used to resuscitate the comatose public health delivery system, was used to sponsor concubines and second wives to acquire fancy cars, mansions or to fund senseless foreign business trips.

My Lord, during the reign of Mapuya and his PDP, most people died of hunger as the money that could cushion them in such trying time through cash transfer programmes was channelled to party cadets who were given tenders to offer services, including building some infrastructure such as roads.

Is it any wonder that during the reign of Mapuya, road carnage increased while people with albinism were, instead of being protected, hunted like mice by the agents of the regime? PDP presided over a systematic killing of the poor and the marginalised and if this cannot be equated to genocide, then what could it be defined as?

What about those unprecedented maternal deaths during the reign of Mapuya? Were they coincidental occurrences? I don’t think so. We are ready to prove that the deaths were facilitated by the thievery of PDP. The blood of those numerous people who died are on the heads of the leaders who abdicated in their duty.

My Lord, for subjecting Nyasas to such untold suffering and needless deaths, I submit that Mapuya and his cronies were culpable of criminal negligence. How on earth would one allow a mere gateman to run the affairs of the State, including using your name to defraud the government?

How would billions of kwacha grow wings under your watch and you fail to explain it, claiming it wasn’t you?

My Lord, sleeping on a steering wheel of a passenger bus that you eventually plunge into a gulley, killing many of the passengers ought to be a case of criminal negligence for a driver who drives drunk.  Mapuya and his cronies cannot escape these charges. I rest my case.

Mbadwa:  I have heard your submission counsel. We will ask counsels for Mapuya and his cronies to make their submissions before the court makes its ruling. I, therefore, adjourn this case to next Sunday. 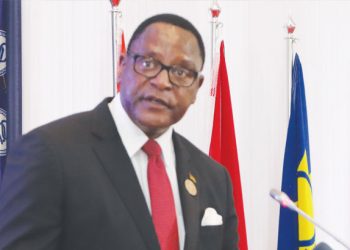