by Mercy Malikwa
in Development, Editors Pick
4 min read
0
Share on FacebookShare on TwitterShare on WhatsAppShare on LinkedinLinkedinShare via Email

Group village head (GVH) Kalima was a devastated man just as were his subjects when floods hit his area in Traditional Authority (T/A) Maseya in Chikwawa District in January 2015.

Some of them sought shelter at a nearby primary school while others lived in tents erected on upper ground away from their homes. “It was a bad experience. Our area started flooding at around 7am, but when it reached 10am the whole village had been submerged. We just pray something like that never happens again in this life because since that time, we are still suffering.

“We lost property among them livestock. All we want now is to move to upper land where we will live without worries of a flooding occurrence like that happening again ,” says Kalima.

Fast-forward to June 2016, Kalima and his people’s dreams to relocate to upper land are being nipped in the bud. It is not a policy issue that is hampering such dreams, but his subjects’ infamous behaviour of stealing sugar cane.

As bad luck could have it, the people—about 1 000 households—now risk being affected again if another flooding occurs as they are being accused of stealing sugar cane belonging to Agricane Malawi Limited, a company which they are asking land from.

“I cannot deny that some of my people are indeed stealing sugar cane. As much as the subject matter is shameful, it is indeed happening. And some even go to the extent of taking a whole ox-cart to the sugar cane fields to carry the stolen sugar cane.

“I cannot back them up. As their leader, I have tried all I could to make them stop this behaviour, but they just would not stop,” says the traditional leader.

T/A Maseya says as much as he cannot allow some of his people to suffer, Agricane Malawi Limited has expressed concern time and again over how its sugar cane fields are being vandalised.

“The 2015 floods devastated this part of my area very much and relocating the people is a good idea. The only problem we have is that people are coming far from their villages to steal sugar cane from Agricane, the company they expect to give them some of its leased land for them to relocate to.

Last month, Catholic Commission for Justice and Peace (CCJP) of the Chikwawa Diocese, with funding from Centre for Social Concern (CfSC), organised a meeting for community members and duty-bearers from Kalima Village to decide the way forward while they still have time.

During the meeting, stakeholders agreed that there should be formulation and enforcement of by-laws that would deal with any person found stealing sugar cane from Agricane Malawi Limited and that community policing committees in the area should be strengthened to deal with those stealing the sugarcane.

CfSC project officer Kondwani Hara said it is worrisome that as much as relocation is important and should happen as soon as possible, people do not have options regarding land to relocate to.

“It is a must that these people change their behaviour and win the company’s trust so that land to relocate to is given to them. The January 2015 floods might have been the first of its kind, but who knows, maybe the worst is yet to come,” he said.

In December last year, President Peter Mutharika appealed to people living in flood-prone areas to urgently relocate to upland areas with the encouragement and support of local leaders, including chiefs, politicians and religious leaders, and non-governmental organisations operating in the areas.

“This issue is so serious that it deserves everybody’s support.  I am actually disappointed in stories of some local leaders being in the forefront resisting relocation.  This is wrong.  It unnecessarily puts the lives and property of their people in danger,” said Mutharika.

The President also said that in order to ensure the safety of people who are frequently affected by flood disasters, government would, from this year, start resettling people to safer areas upland.

Malawi experienced the worst floods in recent years in January last year in which 15 of the country’s 28 districts were affected. Some 1.1 million people were affected, 106 people were killed and 172 people were reported missing and feared dead and 230 000 were displaced.

The floods damaged property and public infrastructure as well as 64 000 hectares of crop fields throughout the country.

Chikwawa and Nsanje were the tworst affected districts out of the 15. n

Kaitano (2nd l) and other marchers during the campaign

Superbug bacteria on the move—II 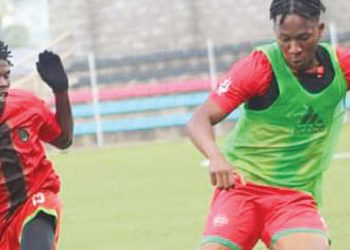 Superbug bacteria on the move—II