When there is no place to call home

Twenty-two-year-old Famous Kumbaya lived in Blantyre streets for four years. He ran away from home in 2012 after his father threated to kill him for allegedly stealing a chicken.

Life in the street was not easy, surviving through alms, with no proper place to sleep or clothes to cover himself during the cold nights.

“We used to sleep on shop verandas. Sometimes we went overboard to seek shelter under a bridge to catch some warmth.

“I have been betrayed by fellow street kids who could at times beat me up, steal everything that I had laboured for, leaving me to suffer from starvation,” Kumbaya recalls.

Luckily, with interventions from the Blantyre District Social Welfare office, police and the Samaritan Trust, an organisation that promotes child rights issues and provide shelter to vulnerable children, he was rescued from the scourges of the street and integrated back into his family.

“When my mother saw me, she broke down, she confessed that she thought I had died,” says Kumbaya who now owns a carpentry shop courtesy of the Samaritan Trust.

Unlike him, Hope Maseko was a bit lucky for he only lived in the street for less than a year. The 19-year-old was only seven when he painfully took a step outside his uncle’s compound and never looked back.

The young man explains that his uncle took him in following the death of his mother coupled with his father’s disappearance, but he faced rejection as his aunt and cousins never liked him.

“I was never allowed to go to school, but instead do household chores; most of the times I went to bed on an empty stomach while my cousins had food.

“As if this was not enough, I frequently got punished for things I didn’t do, it was a tough life. I had had enough and decided to run to the street” he narrates.

One day, while begging at Chichiri Roundabout in Blantyre, executive director of Step Kids Awareness (Steka) Godknows Maseko spotted him.

Steka is a family home for vulnerable children rescued from abusive situations or living alone on the streets of Blantyre. Currently, the home has about 64 kids.

“He listened to my story and told me about his home. After some days we met again, and I told him I was interested to be one of his children. We went through all the processes and he took me in as one of his adopted children.

“I went back to school and excelled. Here I am now, studying towards a diploma in information and communications technology. I see a brighter future,” the teen says.

A research by the Ministry of Gender, Disability, Children and Social Welfare reveals that most of the children in the streets have families. But why do they prefer street life and who is to blame?

Maseko, who was also once a street kid, faults both the children’s families and authorities for not using proper policies and structures to protect children.

He says engaging the children to make them part of the transformation could also help resolve the challenge.

“We need to show them love so that they don’t feel rejected by society. A lot more things needs to be done to reintegrate these children into society including psycho-social counselling, financial support to child homes as well as the immediate families they are integrated into,” says Maseko.

Apart from the streets being a breeding ground for notorious criminals, he also echoed some of the challenges the kids face there such as sexual harassment, hunger, depression and various forms of abuse including physical assault.

On the other hand, she thinks engaging parents and relatives of the children to change their mindset as well as the corporate world to help minimize both pulling and pushing factors to the streets on the part of the children, could be the best options in resolving the challenge.

“We can all do something to give these children a future other than the alms we give them every day. They will one day turn into adults and graduate into notorious criminals if we choose to neglect them,” he says.

In a report titled Abandoned on the Streets and released in March, 2019, the Office of the Ombudsman demanded that all children be completely withdrawn from the street by March next year.

In the report, Ombudsman Martha Chizuma faulted city and district councils for allegedly failing to execute their functions under the Constitution and the Child Care, Protection and Justice Act in relation to children living and working in the streets.

Chizuma also faulted government through the line Ministry of Gender, Children, Disability and Social Welfare for failing to popularise and implement the National Strategy on Children Living & Working in the Street throughout its lifespan (2014-2018).

This, she says, left the stakeholders with no guideline on matters to do with such children. 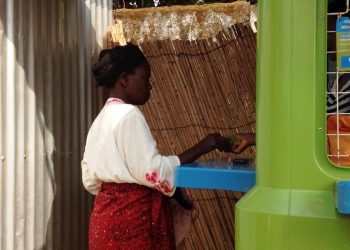