Where is the issue-based campaign?

Honourable folks, it is now obvious that Malawians will not get the issue-based campaign politicians promised ahead of the forthcoming election.

If recent events are anything to go by, it is becoming increasingly clear that politicians in Malawi are not ready to embrace mature politics where political plans and manifestos take precedence over personal vendettas and insults.

In recent weeks, APM and JB have just shown that they are not ready to base their political campaigns on their visions for a better Malawi. Rather, they would rather waste people’s time by castigating each other’s perceived shortcomings on the podium.

Folks, the words APM used in his address in Thyolo should never come up in any form of civilised conversation, let alone from a State President.

As an international HeforShe champion, the President should be at the forefront protecting women’s rights and not blatantly abusing them to score political points ahead of the presidential election.

APM should have used the opportunity to outline his development plan for Malawi as he seeks re-election.

Instead of insulting his political opponents, the President should have used the rally to restore confidence in his developmental agenda, particularly now when the public feels he has failed.

Nonetheless, APM’s scathing and abusive remarks should not absolve JB of her actions. She should realise that she cannot hide behind the President’s sexist remarks against her to play the victim in this whole unfortunate saga.

After all, it was JB’s unprovoked attacks against APM’s alleged alcoholism that prompted the abusive remarks towards her. She is the aggressor in this scenario and should take responsibility for what she says against her opponents on public platforms.

Folks, as much as we appreciate the need to respect women, JB should know that respect is mutual. She cannot be disrespectful towards her peers and expect to be treated differently just because she is a woman.

Both leaders should bury the hatchet, apologise to each other and the nation for their unsavoury remarks. APM’s disproportionate and incredibly misogynistic remarks should not be an excuse to absolve JB of her own nasty remarks against the President.

If we solely approach this issue from a women right’s perspective and use the same as a pretext to clear JB of her disrespectful attitude, it will create a dangerous precedent for her and fellow female politicians to be unnecessarily aggressive on the podium.

Not to mention, it will create an impression that the APM’s vulgarity would have been acceptable if it was directed towards his male counterparts.

Folks, it is also unfortunate that APM and JB’s verbal tussle is diverting attention from more critical issues ahead of the fresh election. This is the time when the political alliances should have been presenting their consolidated manifestos.

Considering the levels of unemployment and poverty in Malawi, this campaign period would have been better used to spur public discussion on the viability of universal farm input subsidies, creating one million jobs and raising tax brackets.

The ordinary Malawian is more interested in learning how government would use its farm input subsidy programmes, universal or otherwise, to improve the living standards of the subsistence farmer.

There are a lot of underpaid workers out there who would welcome any proposal that would reduce their tax contribution to the State as well as unemployed and underemployed youths who would cherish a job.

These are the challenges that the next government will have to address. People want a better Malawi where the poor can afford three meals, the youth can get jobs and the employed pay fair amounts of tax so that they have enough left over for their personal needs.

Folks, we know that the public service has a vacancy rate of about 20 to 50 percent, but still has a high wage bill. All of which suggests that we do not need to create new jobs, rather, Capitol Hill should find additional funds to pay for the existing ones.

The current iteration of the farm input subsidy programme (Fisp) has failed to improve food security in the country despite draining hundreds of billions of Kwacha from the public purse.

The pertinent question now is how does government slash taxes and still have enough money left over to pay for the positions in the public service and pay for a universal farm input subsidy?

The country would benefit more from a rational discussion on how the next government will leverage its existing resources to improve the lives of Malawians without triggering an economic collapse, not personal grudge matches.

Is Malawi set for polls? 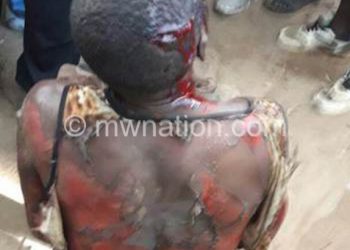 Is Malawi set for polls?