by Martha Sande
in Development, Editors Pick
3 min read
0
Share on FacebookShare on TwitterShare on WhatsAppShare on LinkedinLinkedinShare via Email

The place is mushy with drains of smelly stagnant waters. A few metres from the drains, a group of about 10 men are making merry while having locally brewed liquor although time is just after nine o’clock in the morning.

Three children watch from a distance as the men enjoy the liquor at their grandmother’s drinking joint. This is Nyakanyasko’s drinking joint in the mushy slum of Salisbury Lines in the heart of Mzuzu City.

Nyakanyasko proudly says she has been in the business from 1984. She even boasts of educating her nine children and constructing a four- bedroomed modern house with proceeds from selling the liquor.

The divorcee says on a good day she makes a K3 000 profit, which is enough for her family. While to her it is a viable business and a means of earning a living, it is against Mzuzu City bylaws to distill and sell liquor without a permit.

“Firstly, we do not know the alcohol percentages in the home made liquor. Secondly, the bylaws only recognise opaque beer [liquor made by an industrial brewing process, which if brewed by traditional methods would be traditional beer],” Mkandawire said.

Mkandawire also faults the liquor business for operating 24 hours, saying it is counterproductive.

“These drinking joints are also patronised by underage children that dodge school and spend their time drinking this cheap liquor that is readily available in the locations,” he says.

However, the mayor says there is need to revise the laws as the liquor distillers risk a maximum fine of K2 000 if they breach the law, which is not much these days.

Mzuzu City is not in isolation, as the country’s cities and towns are infiltrated by a majority of women earning a living through distilling and selling kachasu and other traditional beers.

For years, they have been distilling it for sale with little or no knowledge that it is technically illegal.

The Liquor Act regulates the availability and selling of liquor in the country. Part VIII, Section 71, subsection 1 of the Act reads: “Any person not being the holder of a manufacturer’s licence under this Act, who, for purposes of sale, manufactures any liquor whether by brewing, distilling, fermenting or any other such process, shall be guilty of an offence and liable to a fine of K2 000 and to imprisonment for a term of two years.”

Furthermore, the Act classifies as illegal sales, any person who sells any liquor not being the holder of a licence or permit authorising him or her to sell such liquor.

Section 72 subsection 1(a) reads: “Any person who sells any liquor not being the holder of a license or permit authorising him or her to sell such liquor on first conviction will be liable to a K1 000 fine and to 18 months imprisonment and on a second or subsequent conviction to a fine of K2 000 and to imprisonment for a term of two years.”

But for Nyakanyasko, ignorance is bliss as she does not have a slight idea on what the law says about her business. This may mean that knowledge of laws and policies regarding alcohol is low.

“For the 30 years that I have been in this business, I have never been visited by city council authorities warning me that I am breaking any law regarding my liquor business,” she says.

“As far as I know, I do not require a licence to operate. Licences are for those that sell liquor or beer in taverns and bottle stores, not traditional beer sellers,” Nyakanyasko concludes. 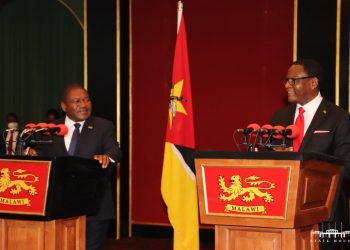