by James Chavula
in Weekend Investigate, Editors Pick
10 min read
0
Share on FacebookShare on TwitterShare on WhatsAppShare on LinkedinLinkedinShare via Email

The new broom in charge of the police system faces a tough task to tidy up the security agency only politicians seem to trust, writes our Features Editor JAMES CHAVULA.

In May 2019, Peter Mutharika won a highly disputed re-election and his heavy-handed supporters patrolled the streets to silence Malawians horrified by the sham.

The courts annulled the presidential election on February 3, but some protesters still nurse scars of the 10-month battle for electoral justice.

Bizarrely, the security agents joined the self-styled DPP cadets in pursuing the marchers under attack, leaving Mayaya bleeding in agony.

He bemoans biased policing that has reduced public trust in the police.

He recalls: “As you would imagine, I was traumatised by this wanton act of savagery held in full view of the police who just stood watching as I bled profusely from a gaping head wound.

“This atrocity symbolised the brutality of the DPP youth wing which resorted to Gestapo tactics to terrorise human rights defenders. This was totally inimical to democratic values and principles.”

Mayaya was hospitalised for two weeks and flew to South Africa for specialist treatment and physiotherapy.

The activist feels the police could have averted the pain haunting him.

“Sometimes, I am depressed by anxiety and flashbacks of the brutal assault. On my right rib cage, I still feel the pain caused by an iron bar that struck me there,” he narrates.

Mayaya was attacked when soldiers skipped their heroic routine to protect the marchers after their colleagues were photographed beating unarmed citizens in Karonga.

The soldiers consistently protected citizens from the pro-regime assailants as Mutharika accused the protesters of conspiring to topple him.

“Without the military, the DPP agents would have abused any lapse in security to unleash terror on peaceful demonstrations. It’s an open secret that civil disobedience was not a favourite subject of the DPP, starting from the slaughter of 20 people on July 20 2011,” Mayaya states.

He commends “a great son of Malawi”—General Vincent Nundwe, who was sacked after just eight months, for “ably filling the gap” when the police abdicated its role.

He urges Chakwera’s administration to uphold pluralism and tolerance to strengthen the 27-year old democracy.

Since the fall of founding president Hastings Kamuzu Banda’s one-party system in 1993, the push for police reforms has been a tale of false starts and elusive ends.

The British-funded reforms to democratise “the police force” have struggled to go beyond a change of name.

Analysts are concerned that Malawi Police Service remains in the armpits of political parties in power as it were during Banda’s tyranny.

From the first post-dictatorship decade under Bakili Muluzi’s to Mutharika’s five years, politics has reduced the police service to a toothless bulldog wagging its tail to lawbreakers close to power.

This draws a backlash from citizens with nowhere to seek remedy as the Independent Complaints Commission in section 128 of the Police Act remains nonexistent.

During the marches on electoral injustice, civilians were seen repelling police officers, preferring the soldiers.

Before retiring, police chief Rodney Jose attempted to halt mass demonstrations, saying the cops were being overpowered by violent protesters. However, the Supreme Court outlawed the attempt to limit the constitutional right to demonstrate peacefully.

The Human Rights Defenders Coalition (HRDC) branded Jose and his successor Duncan Mwapasa as DPP stooges though the two said they were just career cops.

The talk of the police chiefs’ political colour points to a compromised system only political elites seemed to trust.

When asked about the future of on-off police reforms, police spokesperson James Kadadzera said: “The IG is new. Can’t you give him a honeymoon. Reforms are policy issues, so he will address your questions when he settles down.”

However, Euginio Njoloma, a security and political commentator from Mzuzu University, says there is no honeymoon for the new broom.

He states: “The conduct of the police in the past regime was undesirable. It mostly displayed traits of political inclination towards the regime instead of executing its mandate professionally as a public entity.

“The soldier’s intervention does not necessarily mean that many police officers are not capable of policing within the law. Most of them were actually compelled to engage in unconstitutional policing by unprofessional orders and demands from their superiors. So the problem is the unprofessional conduct of those passing down the orders.”

Njoloma urges top cops to exercise professionalism, arguing that juniors do not divert from the normal course on their own. He reckons that “capable and truly professional leadership” changes the police image and win back citizens’ trust.

The police rankings hit rock bottom on October 8 2019 when teams deployed to quell a mob that stoned superintendent Usumani Imedi raped schoolgirls and women at Mbwatalika and Mpingu in Lilongwe.

The watchdog reports: “There were 17 survivors who were sexually attacked. Four of them are children below the age of 18 and one of these was defiled while three were indecently assaulted.

“Eight of the 17 were sexually assaulted, defiled and raped in Mpingu while the rest were raped and assaulted in Mbwatalika.

MHRC ordered the Police IG to launch criminal investigations into the matter and the government to swiftly establish the Independent Complaints Commission.

However, secrecy persists over a probe by what Kadadzera described as “six top-notch police officers”.

Police brutality and impunity is partly sustained by the absence of the Commission required by the Police Act.

A decade after the law came into force, there has been no attempt to appoint commissioners to receive complaints from victims of police action and inaction.

Njoloma reckons: “There is simply no political will to actualise the commission because each regime requires the police to serve its interest, not the whole nation. This is why there will be continued abuse of the police service by the politicians.

“The citizens will be the greatest victims. Instead of turning to police for their security needs, they will be deprived by the institution they are meant to trust.”

He argues: “In any functioning democracy, everyone must be accountable to someone. This is the reasons the Police Act makes the commission independent of any State organ. The commission cannot be replaced by the professional standards unit, which is just an internal arrangement for police officers to police each other.

“In the absence of accountability mechanisms, the atrocities will continue and anyone can sue a police officer as an individual for the wrongs they do on the job.”

Kanyongolo tips the police to learn from the independence and professionalism the soldiers displayed in what Chizuma considers a bad year for the police.

The Ombudsman observe: “The past year has been turbulent for the police, and this, to some extent, was self-inflicted by the openly partisan manner in which they discharged their functions,” she says.

The public protector calls for complete de-politicisation of the police recruitment and work.

“Politicians should leave the police to work as required by the law. Once politics enters the police service, everything gets messed up. That is the time you start seeing real awkward and, for lack of better word, idiotic decisions being made.

Chizuma says she has never been a big fan of creating bodies “just to tick some boxes” in current laws and international treaties.

She warns: “We like creating watchdog bodies and sometimes are happy to let them be paper tigers [by] not giving them space to effectively discharge their functions.

“When I look at the commission’s mandate, I do not see anything that neither the Ombudsman nor MHRC can’t do. It’s same thing, but more effort is put in crippling institutions that do not get much support.”

The Ombudsman asserts that the body will only benefit Malawians if it gets the right people and support.

She hopes professional police officers, “who have been totally uncomfortable with what has been happening and spoken against this” to correct this record.

“I also hope Malawians will continue using their voice against police excesses and irregularities.

And Mayaya urges the police to go back to basics as the supreme law clearly guides how public institutions must act.

He states: “The police under Mutharika was deplorable as exemplified by the rape of innocent women. The vast majority of policemen and women are honourable people dedicated to their work, but we condemn any effort to taint the police with IGs who want to use the institution as a personal fiefdom.” n 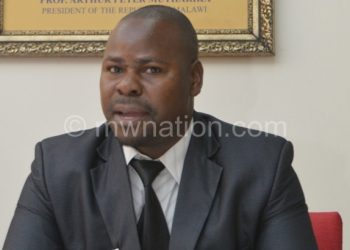