by Grace Phiri
in Business News, Front Page
1 min read
0
Share on FacebookShare on TwitterShare on WhatsAppShare on LinkedinLinkedinShare via Email

The wholesale and retail trade continue to claim the largest share of private sector credit despite holding the highest non-performing loans (NPL).

Data contained in the Reserve Bank of Malawi (RBM) financial and economic report for the 2017 second quarter indicate that at 24.9 percent, the sector led the credit line followed by agriculture at 23.7 percent and manufacturing at 17.4 percent.

On the other hand, community, social and personal services accounted for 11.2 percent.

However, this is despite most banks ranking the wholesale and retail as a sector holding highest NPLs, followed by manufacturing and construction sectors, respectively which had over 60 percent of credit extended to the sectors.

Some experts have argued that Malawi’s credit favours non-productive sectors, urging the money market to pay attention to key drivers of economic growth, including agriculture and manufacturing.

They also argued that the market allocates finance to sectors based on profitability.

Recently, Malawi Confederation of Chambers of Commerce and Industry (MCCCI) chief executive officer Chancellor Kaferapanjira said while the country has a few firms left in manufacturing, the base is still weak because of the time taken to start realising return on investments.

But Catholic University head of economics Gilbert Kachamba believes the reduction in the policy rate, now at 18 percent, will help bring down the cost of borrowing which will be good for those borrowing for investment.

Malawi cannot be Kenya unless… 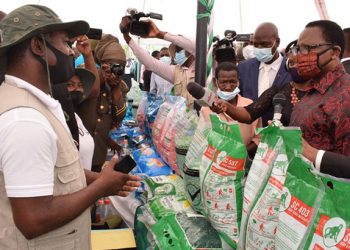 Malawi cannot be Kenya unless...