Whose money is the woman’s?

Listening to a male-dominated conversation last week, I was prompted to write this piece as their concerns inspired me. I learnt one or two things from it and decided it was pertinent to share.

One man began by questioning whose money the woman or wife’s was. His dilemma emanated from the experience that wives or women will not release their finances even in the direst of needs. He asserted that even when a couple’s child has been turned back from school for lack of fees payment— the woman, even when capable— will not release money to bail out a struggling husband. She may do so upon loaning the same to the husband, complete with lending conditions.

“Women are strange and will beg for money even when loaded. They will not dare contribute towards food even when their men are broke, even if it means going hungry as long as they are not buying. A few out there will dig into their pockets and help out a man, but many believe it should be their man’s or husband’s responsibility,” he said.

Some friends chipped in while others simply muffled out laughs. The general consensus was that women have other plans for their incomes, but may not even include hair and make-up as they also pester their men for the same. Intriguing indeed.

One participant to the conversation went further to add that many men in relationships also suffer physical abuse. He dared anyone present who had never been beaten by the wife, but chose to remain silent. Many decided to exercise their right to remain silent with one brave one simply claiming he does not hit back for fear of the feminine backlash should she decide to report.

The abuse was just a by the way, but I thought turning a blind eye by a woman to matters concerning her family was appalling. Unless done to a lazy, good for nothing husband, a hard working one deserves understanding and help, at least occasionally if she cannot commit wholly, rather than being selfish. How should a child be turned back from school when we can help?

There are women who actually share responsibilities with men and I commend those. There are some who actually support their families with husbands ‘helping’ out. They don’t even wait to be asked. That should be the way to go.

For sure, 1 Timothy 5:8 says: “Anyone who does not provide for their relatives and especially for their own household, has denied the faith and is worse than an unbeliever.” This speaks about some of the many roles of the man in particular as the provider and protector

Genesis 2:18 reads: The Lord God said, “It is not good for the man to be alone. I will make a helper suitable for him.”

From the above scriptures, we can see that everybody has a role meted out by God and we all are meant to adhere. Take up your position. 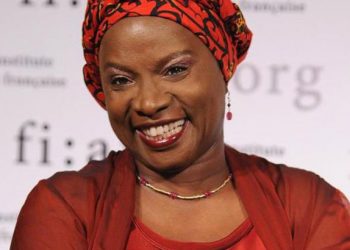