by Dumbani Mzale
in Business News, Front Page
3 min read
0
Share on FacebookShare on TwitterShare on WhatsAppShare on LinkedinLinkedinShare via Email

The World Bank has questioned Reserve Bank of Malawi’s (RBM) implementation of monetary policy, observing that the policy appears to be losing its effectiveness.

But RBM spokesperson Mbane Ngwira in an interview on Wednesday expressed surprise at Bretton Woods institution’s observation, wondering why it should expect monetary policy to be effective when the institution and other multilateral donors continue to withhold its budget support to Malawi, which cushions Malawi’s Balance of Payments (BoP) position.

World Bank is among a group of multilateral donors that suspended budget support to Malawi in November 2013 because of plunder of public funds at Capital Hill dubbed Cashgate.

In its biannual publication on Malawi called the Malawi Economic Monitor, World Bank observes that most of the monetary policy measures that the Central Bank has recently employed appear not to be bearing intended fruits.

Reads the publication in part: “In an attempt to arrest the depreciation in the value of the kwacha, government has implemented a number of administrative measures to regulate foreign exchange trading by authorised dealer banks. However, so far, these measures have had only a limited effect.”

Generally, monetary policy is a process by which a central bank of a country, controls the quantity of money in circulation for the purpose of attaining stability and economic growth objectives of an economy.

In Malawi, the main objective of monetary policy is to achieve low and stable prices, which preserves the value of the kwacha and encourages investment needed to achieve sustained economic growth and employment creation.

The guidelines also required that the rates can only change when a transaction to a value of $250 000, or equivalent, has been executed and that the spread between buying and selling exchange rates should not exceed K5 for all trading currencies at any point in time.

However, the measure was revised in September 2015 with the limit on the maximum spread increased to 2.5 percent.

The global lender said until Malawi addresses the fundamental issues that are driving depreciations in the value of the kwacha, such measures will at best have only a marginal impact, adding that in the meantime, they are likely to encourage further development of parallel foreign exchange trading.

But Mbane brushed aside the assertions, saying there are certain things that could not work in the Malawi context that World Bank expects to work.

He said: “You cannot expect monetary policy to be effective when you have budget support withheld now for three years running. It is also important to note that there are certain tools that we have used and have worked and are working.”

In the latest Monetary Policy Committee (MPC) minutes, RBM Governor Charles Chuka said this year, monetary policy will aim to bring down annual headline inflation to 14.2 percent in June, but argued achieving the target will require a concerted effort. 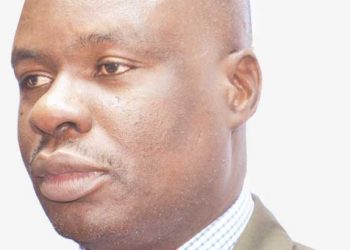