Writing: Agame for the few?

Writing is regarded a weapon for stocking information for future generations. Malawi has a lot of untold stories, but few people are writers. Our Reporter ALBERT SHARRA explores why writing remains a game of the few.

With just a Malawi School Certificate of Education (MSCE) certificate, Karonga based budding writer Pius Nyondo announced that he was authoring his first secondary school English literature review pamphlet and a novel.

Amid several hurdles, the artist managed to publish the pamphlet which simplifies contents of an international novel Romeo and Juliet being used in secondary schools and his novel Lions from the West.

“I took the novella to several writers including Malawi Writers Union (Mawu) and they expressed satisfaction with the composition. They helped me in publishing it, and I am happy for that,” said Nyondo who is also Mawu budding writer’s desk coordinator, in an earlier interview.

He is currently the youngest writer to publish a novel at the age of 17. He is seconded by Shadreck Chikoti who authored his at 18.

Indisputably, this is an achievement which most MSCE holders do not even think about. But why is writing still the game of a few?

Nyondo says he has read several books by many writers in the world, but says his concern has been lack of books by Malawians on the market. He says his interaction with several people shows that a writing and reading culture is not part of many people’s life particularly the youth in secondary schools.

“I have visited several secondary schools in the North under Mawu to influence the youth to join the writing career, but the response is not very encouraging. But with more effort we can improve,” he said.

Mawu president Sambalikagwa Mvona agrees with Nyondo’s observation saying there is a big gap in understanding the importance of writing and that it is a lucrative career worth concentrating on.

However, Mvona points out that the problem in writing interest originates from the dictatorial times in Malawi. He said arrests of writers dented the image of writing career and some people still live believing that writing is dirty.

“No one can concentrate on a career associated with arrests. Again the way Censorship board has been handling articles by Malawian writers has affected the desire to concentrate in writing,” said Mvona.

One party system in Malawi sent to exile writers such as Jack Mapanje, Frank Chipasula and Legson Kayira.

The president also says lack of publishing houses demotivates some people from writing. He said there are many people who can author books, but they cannot do it because chances to get funding and have the material published are scarce.

He also says, few publishers available have denied writers opportunity to reap the maximum sweat of their work.

“Few writers who have put an effort to author novels are still poor. In other countries, publishers are rich, and this tells you why many people cannot prioritise writing in Malawi,” said the president.

Mvona also said the education system in Malawi is at fault for failing to recognise local work. He said this can be figured from the novels that are being used in secondary schools literature.

However, Mvona says despite several challenges facing the writing industry, he sees a future in writing in Malawi. He says his office through government and other donors are coming up with incentives to make writing an attractive career.

He added that they are looking forward to see Malawian books dominating the list of books being used for literature in schools during the next academic year. 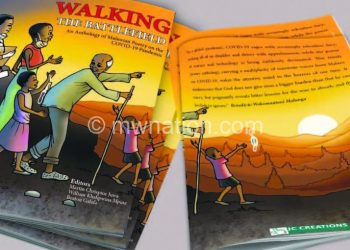