When visual artist Madalitso Ziwaoh set out to put on canvas faces of eight presidents attending the 41st Ordinary Summit of Sourthern African Development Community (Sadc) Heads of State and Government, he probably didn’t have an idea of the significance of his attempt.

It was a task he completed in a record four hours.

But, by his own admission, Ziwaoh said he wanted to give up along the way. Thanks to the support that he received from a number of delegates and ministers.

Rajoelina could not hold his curiosity upon seeing his face on the canvas. The Madagascar President approached Ziwaoh and asked him to kindly finish his face first.

Ziwaoh said: “He came thrice after he saw his face on the sketch. He was very interested and he followed it till the end. The Madagascar TV/crew came over too and told me I was live on their channel.”

Predictably, after the two-day summit, Rajoelina wanted to take home the painting, but before a deal could be concluded, the artist received calls purportedly from the Malawi State House advising him to put aside the painting.

A week after the summit wrapped up, the artist is still waiting for a follow up call from the State House. Meanwhile, Rajoelina, the other potential  buyer, is back in his native Madagascar.

On Tuesday, the artist took the painting to Blantyre where he was having it framed. It it in readiness for its next home at the comfort of Malawi’s Plot Number 1? Clearly, Ziwaoh doesn’t know.

“I am hoping to find a way to meet the President or just let him see this and see if he values what is good and his appreciation for talent. He has to see how the youth love this country,” he said.

After several calls and stops, our trail on the arrangements of the proposed deal took us to the office of the President’s executive assistant Sean Kampondeni.

The State House director of Communication said: “He will advise on the way forward by the end of the week.”

Visual Arts Association of Malawi (Vaam) vice-president Dingilo Lawrence Daka has lamented lack of appreciation of local art as a problem that most Malawians have.

He said if people just appreciate and don’t buy local creations, it will be difficult to promote art in Malawi.

He said: “For Vaam to be there it needs artists to sell their work to sustain themselves and the art. The buy Malawi concept needs to start reflecting in purchases of this nature as well. It is these deliberate purchases that will build our art.”

Daka said they had huge hopes on the painting owing to the interest it generated both at the venue of the summit and in the social media. He, however, said out of the Malawi government delegates who visited their stall, it was only the Minister of Agriculture Lobin Lowe who bought a few curios.

He said: “As artists, we feel our presence can change the economy of the country and the well-being of many by creating employment opportunities. Our presence at the summit was not easy with the Covid-19 pandemic because we don’t have a strong financial muscle.”

The art of dancing 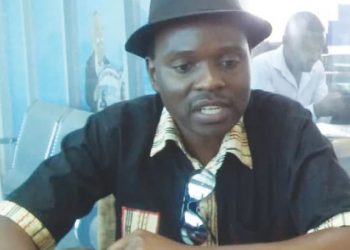