by Singayazi Kaminjolo
in Front Page, National News
3 min read
0
Share on FacebookShare on TwitterShare on WhatsAppShare on LinkedinLinkedinShare via Email

Six Malawi Defence Force (MDF) soldiers died in a rebel ambush on Wednesday in the Democratic Republic of Congo (DRC) where they were part of a United Nations Force Intervention Brigade (FIB) peacekeeping mission.

MDF public information officer Major Paul Chiphwanya on Thursday said the families of the fallen soldiers have been informed about their fate. 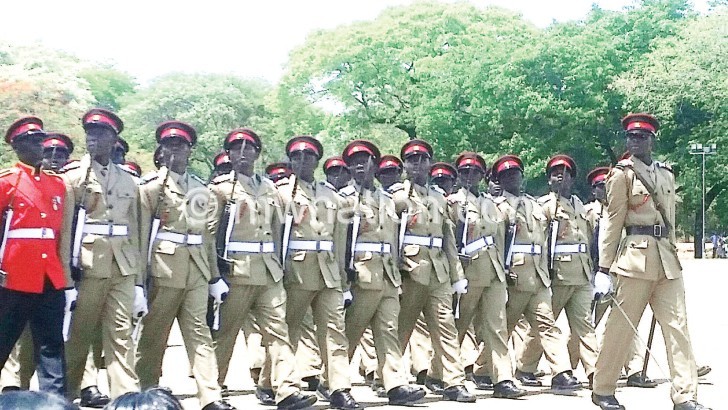 He said the UN was currently finalising processes undertaken when such incidents happen, adding that the bodies would be repatriated home for burial in due course.

Said Chiphwanya: “MDF has lost courageous, hardworking and disciplined soldiers who were always ready to serve and ensure that peace prevails both within and outside the country.

“MDF greatly mourns the deaths of the brave soldiers. We keep their families in prayers at this difficult time.”

But Chiphwanya could not immediately give details on how the six met their deaths and the nature of the operation that led to their deaths. 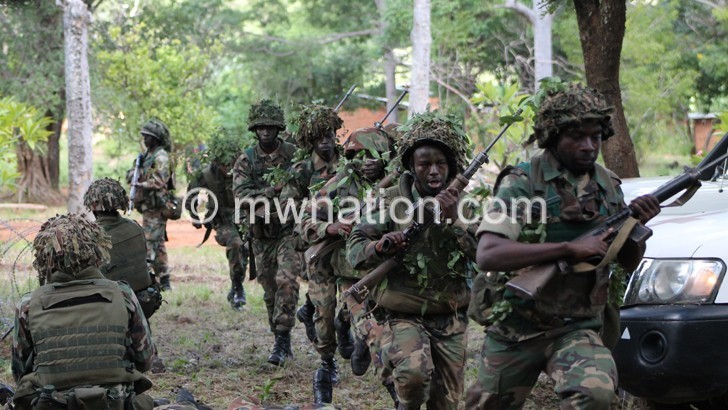 In an earlier  statement on the deaths, MDF identified the deceased as Sergeant Kambalame, 38, who was based at Malawi Armed Force College (Mafco) in Salima prior to his deployment to DRC; private Chauncy Chitete, 29, from Moyale Barracks in Mzuzu; private Benjamin Nsongela, 29, also from Moyale Barracks private Simplex Taferakaso, 31, from Changalume Barracks in Zomba.

Nsongela, on the other hand, is from Chakhawo Village, T/A Tengani in Nsanje and is survived by a wife and three children while Taferakaso is from Kaumphawi Village, T/A Nsamala in Balaka.

But another statement from MDF disclosed that two more soldiers who were injured in the fight also died later on Thursday and were identified as Lieutenant Aubrey Kachemwe ,35, from Moyale Barracks in Mzuzu and Corporal Jonathan Kapichiri,36, from Parachute Battalion in Salima.

The six were part of an 850-member MDF contingent mandated by the UN under the FIB, alongside troops from South Africa and Tanzania, to neutralise armed groups in North Kivu.

Under the UN FIB, troops from Tanzania, South Africa and Malawi engage in direct combat against numerous armed groups—notably the M-23, Democratic Forces for the Liberation of Rwanda (FDLR), the Ugandan Alliance of Democratic Forces (ADF) and other smaller groups—that have been destabilising eastern DRC for at least 15 years.

In April 2015, six MDF troops survived an ambush when their convoy was attacked by a rocket-propelled grenade.

On November 29 2015, another MDF soldier, staff sergeant Dyson Mayao, 50, was also killed in a rebel ambush in the DRC and was buried in his home, Ntanta Village, Traditional Authority Mabuka in Mulanje. In the incident, DRC forces killed 14 rebels while the rebels killed at least seven civilians with machetes. Eight DRC soldiers also died in combat during the 2015 incident.

MDF has taken part in peacekeeping missions across the DRC and other parts of the continent since 1994.