Ministry Trade is reviewing the Investment and Export Promotion Act of 2012 to put local investors in the forefront of the country’s investment drive.

The ministry’s director of trade Charity Musonzo said in an interview on Wednesday that the review is being facilitated by authorities at the ministry, Malawi Investment and Trade Centre (Mitc) and other stakeholders who feel the current Act largely favours foreign investors at the expense of locals.

She said if approved by Parliament, the amended Bill, which is at the Ministry of Justice for refining, will be a game-changer in facilitating domestic investment.

She said: “Under the ministry’s strategic objective of creating an enabling and competitive environment for the private sector, the Ministry of Trade is implementing the National Trade and Investment Policy through various strategies.

“The strategies recognise that international trade is a fiercely competitive economic space where the strongest and fittest wins and where without the State intervention, businesses are marginalised.”

Mitc director of planning and research Felix Kadewere said in an interview on Wednesday the move is part of the resolutions of the Domestic Investment Forum held in Lilongwe in August last year, which agreed that foreign investors have been given favourable investment ground, including tax incentives, while locals have been struggling.

He said, among others, the review intends to facilitate a favourable environment for domestic investment by addressing bottlenecks such as land for investment, registration requirements and capital access. 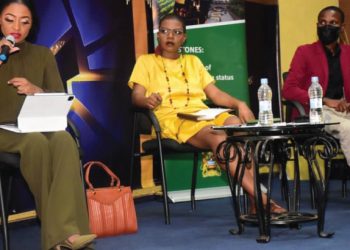