The United Nations Children’s Fund (Unicef) states that children’s access to safe and potable water is primarily a right and should therefore not be treated as a privilege.

At the same time, Unicef also states that children living in fragile situations are less likely to have access to clean and safe water, especially those living in conflict zones.

But despite Malawi not going through conflicts like wars, for instance, children-especially in rural areas-have challenges accessing clean and potable water. This, results in compromised sanitation and hygiene levels.

According to the Fifth Integrated Household Survey (IHS5) 2020 report, the proportion of households with access to improved water sources is 97.1 percent higher in urban areas than rural areas at 86.5 percent.

For 34-year-old Vanessa Sydney, a single mother from Mathuli Village in the area of Traditional Authority Likoswe in Chiradzulu District, access to clean water especially for provision to her child is a never-ending nightmare.

She explains: “I have to wake up every day to fetch water from a river some kilometres away. It is not safe but I have no option since I have to ensure that my child takes a bath when going to school.

“He also has to eat so I need the water to prepare his food. I have to wake up around 4am which is something not good but since I have no option, I am used.”

Sydney says there is one borehole in the village where people pay various amounts between K50 and K200 to draw a bucket.

For Sydney, who depends on piece works, paying K50, let alone K200, is beyond her. She is, therefore, forced to draw water from the stream that some villagers also bathe in.

Further upstream, some villagers dump in their waste.

The single mother says she is aware that such unsafe water can compromise the health of her child. Her 15-year-old son has been diagnosed with infections caused by using unsafe water.

Sydney’s son, Mike, says he helps his mother draw water from the stream during weekends because he understands the struggle his mother experiences to provide water for the family.

“At times I tell my mother not to go early to fetch water for me because I feel for her. Instead, I fetch the water when I am back from school.

“It is challenging because I also have to balance my school work with fetching water. But I try to manage that,” explains the Standard Six pupil.

Mike says he would like to escape the life he was born into and become a doctor.

He explains: “I have met several children suffering from various diseases during the times I was receiving treatment at the district hospital [Chiradzulu]. That experience has motivated me to become a doctor so that I can tend to children the best way I can.”

Commenting on the fee villagers pay to use the borehole, area development committee (ADC) chairperson Phillimon Mauka says the contributions are necessary to generate funds to repair and maintain the borehole when it develops a fault.

He says some development partners donated the borehole in 2019, but the villagers do not expect the donors to help the community with everything.

“We understand that families have children who need safe and clean water, but what can we do?” Asks Mauka.

Due to challenges in accessing safe water, sanitation and hygiene levels, especially for the school going children like Mike are heavily compromised.

According to the IHS5, only 29.3 percent of people in rural areas have standard sanitation facilities compared to 65.5 percent in urban areas.

Consumer rights activist John Kapito says it is unfortunate that Malawians are unable to access clean potable water which, in turn, deprives children of their right to safe and clean water.

Says Kapito: “Malawi has enough resources to provide everyone with clean and potable water. It is even unfortunate that in 2021, our children are still using water from boreholes which is usually unsafe.”

According to estimates from the Malawi Rural Water Supply Investment Plan (2014-2020), government can provide potable water to at least one million people if it fixed about 5 000 broken boreholes across the country.

The Malawi Water Investment Sector Plan, on the other hand, suggests that Malawi needs $140 million (about K105 billion) to provide potable water to 98 percent of the population by 2025 and improved sanitation facilities to 90 percent of Malawians by 2030. 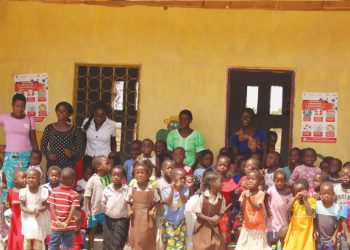