I am a girl aged 24 and I have a well-paying job in Lilongwe. Apart from that, my mum runs a successful business in the city. My boyfriend of three years is also from a rich family and is also running a thriving business in the city. He is rich and I admire him a lot for he has worked hard to be where he is today.

The problem, though, is that he really believes I can’t spend my own money on my hair and nails, and stuff like that. When I do, he gets angry and always repays me double the amount for spending my money, when I could have asked him to foot the bills. This has been going on for months. He repays me for fuel, groceries and even zosupa ku ukwati.

I really get pissed off with him for thinking I have no right to spend my own money. I work hard for it and I do not want to be a beggar as other girls who literally beg a man for airtime. I like my freedom, but it seems he does not want me to spend my own money other than his. His excuse is always that he grew up in a family where a man is supposed to take care of his better-half. He also says I need to spend his money as much as I can, which is against my values of living within own means.

BMW, all I am saying is that I feel good when I earn my money and spend it the way I want. I love him, but I hate spending his money.

I can’t deal with this guy anymore, should I leave him?

I must say, at the onset, there is just one thing I am failing to understand. You have been in this relationship for three years and this spoiling has been happening for the past few months?

If this is a new character in him, then I must say you must not sleep for there is a bit of surveillance you must be doing now. What is he trying to cover up? Is he one of those Cashgaters?

Whatever the case, Monalisa, you must be a lucky girl from an imaginary world, like your namesake painted by Leonardo da Vinci centuries ago. How can a girl say no to being spoiled by a boyfriend? You are a model to other women, who beg and beg all their life.

So, hear me out. Eat his money before it dries up! It is natural for men to spend more during courtship. I have seen better days, and I have known better friends who have gone through all this. If you ask me how many married men nowadays buy their wives jewelry, very few will raise their hands. If you ask how far they went to spoil the then girlfriends with gifts, they will tell you they spent more on small lunches, gifts, birthday parties and outings when they were lovebirds.

The point is, there is no point in trying to convert the converted. This man is only trying to win you over, once you are his, he will be done with spoiling you. There is nothing shameful about eating your boyfriend’s money. It is not like he is trying to buy your heart.

One of the books I read in my secondary school Chichewa syllabus was Maliro ndi Miyambo ya Achewa. In one section, the book talks about how the Chewa used to bury ‘fools’. The book introduced a ‘fool’ as someone who laughs and chases nothing. It further says: Chitsiru chimakana ndalama! Exactly what you are doing! Chop his money gal!

I read you well, but don’t try to be too modest with men when it comes to money.

Money is like hair, although you have it today, it will be gone tomorrow. So don’t dare leave him! If you do, I will drive all the way from Blantyre to Lilongwe and whip you myself! What nonsense is this? Leave a man because he spoils you? Really? Zidyani mapwevupwevuwo!

Who is the puppeteer behind these protests? 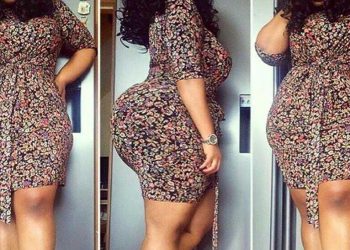 Who is the puppeteer behind these protests?