by Orama Chiphwanya
in Business News, Editors Pick
4 min read
0
Share on FacebookShare on TwitterShare on WhatsAppShare on LinkedinLinkedinShare via Email

The continued rise in maize prices is a threat to inflation outlook and household survival, particularly among low-income earners, analysts have warned.

Maize prices, according to a latest report by the International Food Policy Research Institute (Ifpri), rose by six percent in December 2020 alone.

The Ifpri maize outlook and supply update shows that the grain prices, currently at an average price of K200 per kilogramme (kg) or K10 000 per 50 kg bag, are two percent higher than the previous month (November) and are the highest in Southern African Development Community markets.

The report shows that maize prices rose in 16 markets nationwide and remained constant in 10 markets. By the end of December 2020, out of 26 markets monitored, prices were equal to or above K200 per kg.

In an interview yesterday, Exley Silumbu, economics lecturer at Chancellor College, a constituent college of the University of Malawi, said the rise in maize prices puts the monetary authorities in a delicate situation.

He said: “The Reserve Bank of Malawi [RBM] has been facilitating and stimulating the economy, which was subdued by the Covid-19 pandemic, but this rise in maize prices and should it continue, will entail implementing contractionary measures. This situation is quite a delicate balance for the authorities.”

Maize, as part of the food component, has a direct impact on the country’s inflation as it constitutes 45.2 percent of the Consumer Price Index (CPI), which is an aggregate basket of goods and services for computing inflation.

On his part, Consumers Association of Malawi executive director John Kapito said the price surge is a threat to consumers, given the significance of maize to the country’s household survival.

He said: “We noted that maize prices indeed rose in December, but we are optimistic prices will go down as we approach the harvest season. Any rise in maize prices comes as a blow because this ultimately pushes up prices of everything.

“We are thus hopeful for constant prices as we go into the harvest season otherwise, we are in trouble.”

But Grain Traders Association of Malawi president Grace Mhango said the rise in the price of the staple grain is temporary as traders were taking advantage of the growing buying power during the festival season while some were hoarding the commodity.

“Indeed maize prices swayed away in December, but prices will slowly taper down going forward. This was mainly because traders were taking advantage of people’s buying power to elevate prices and, on the other hand, traders were also taking advantage of the uncertain rainfall pattern to hoard maize which made it unavailable thus pushing up the prices,” she said.

Meanwhile, RBM has shifted downwards its inflation target for 2020 to an average of 8.6 percent from an earlier projection of 9.6 percent.

RBM Governor Wilson Banda said in the fourth Monetary Policy Committee Statement that inflation continued to decline in the second and third quarters of 2020, a reflection of joint effects of bumper maize harvest during the 2019/20 agricultural season, suppressed prices due to the Covid-19-induced weak demand for maize and basal effects from high food prices in 2019.

He said this year, the central bank anticipates the inflation will continue to decline.

The country’s year-on-year headline inflation between January and November 2020 averaged 8.7 percent, way below the average price recorded during the same period in 2019.

Our calculation, using figures from the National Statistical Office, indicate that, at 8.7 percent average inflation in 11 months, the rate is 1.5 percentage points lower than the 10.2 percent average rate attained between January and November 2019. 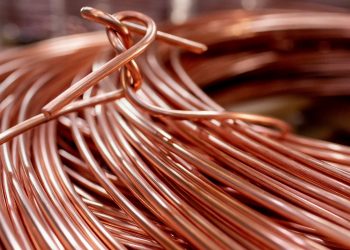