In Malawi, maize is almost everything—a staple. Lovers of nsima, the national meal, quip that to the population of 18 million, maize is food and food is maize.

However, overdependence on low-value white grain is blamed for nutritional problems, including stunting which affects over a quarter of Malawian children aged below five.

To improve nutrition, seed breeders have released about 10 varieties of bio-fortified hybrid maize rich in vitamin A.

Some of these biofrotified maize varieties released for distribution have been three years in making under the Agricultural Productivity Programme for Southern Africa (Appsa) project.

They bill the new grain more resilient and nutritious than traditional alternatives.

Christened Pro Vit A varieties, the “orange maize” are increasingly being adopted by local farmers and food processors having been proven to be not only nutritious but also climate-smart.

Governments perceive orange maize varieties as a less costly way of managing vitamin A deficiency than buying supplements or vaccines as they offer consumers vital nutrients through daily meals.

“We have planted one of the orange maize varieties on a half-acre land, but we are still planting. We hope to harvest more to meet our families’ food requirements and sell the surplus. Flour from the orange maize is so nutritious that even primary schools are using it for cooking porridge for our children in the national school feeding programme,” says club member Yobe Milanzi.

Dr Kesbell Kaonga, chief maize breeder and acting national research coordinator for cereals, says they started with an observation trial because researchers were not sure if the germplasm—[seed or living tissues used for breeding purposes]—was adapted to Malawi.

He explains: “CIMMYT Mexico sent us the observation trial which did well, so the next step was to link us to Harvest Plus Project.

“The following year we received the regional trial sets, which were evaluated in Malawi as on-station trials, meaning we planted and managed them at our research stations.”

Breeding of the novel varieties started in 2014 as part of the APPSA project coordinated by Centre for Coordination of Agriculture Research for Southern Africa (Ccardesa) with support from the World Bank.

The seed researchers combined and bred the maize varieties at Chitedze Research Station in Lilongwe as well as farmers’ fields in Chitala and Masenjere in Chikwawa.

“These were evaluated in Malawi and we were also sending the trials to our partners in Mozambique and Zambia for further evaluation,” says Kaonga.

Farmers, who grew the varieties in the past two years, have been selling the grain at a slightly higher price than common white maize because of additional benefits.

NRC is working in partnership with the Harvest plus Project Team and seed companies to distribute the new varieties.

Chitedze agriculture research officer Geckem Dambo says: “We have off-takers ready to produce by-products from the orange maize plus some seeds companies which are multiplying the seed to make them widely available to farmers.

Harvest Plus Country Manager Dellings Phiri said last season, they had about 120 metric tonnes and was all sold within a month.

He explains: “In general, the reception of Vit A maize in Malawi has been great. Demand is high among food processors, feed makers, grits makers, and puff makers. It can be used as maize flour for food, fresh maize for eating, children’s feed and school meals.

“We are not even meeting the demand at the moment, but maybe in five years’ time, when Vit A maize production levels reach 100 000 tonnes.”

This year, Harvest-Plus Program, through its seed company partner, has produced 120 metric tonnes of Vit A maize seed.

“If all the seed is planted, we expect to produce of over 2 400 metric tonnes of Vit A maize this year at an average yield of four metric tonnes per hectare,” Phiri says.

Appsa aims to increase the availability of improved agricultural technologies in Malawi, Zambia and Mozambique.

Chitedze Research Station outside the capital, Lilongwe, is the regional centre of leadership for maize and maize-based farming systems.

“We have released bio-fortified, drought-resistant varieties plus varieties tolerant to major pests and diseases in Malawi, among others,” explains Appsa monitoring and evaluation officer Timanyechi Munthali.

Improving nutrition is pivotal to the global Sustainable Development Goals (SGDs) to end poverty and hunger by 2030.

The number of children affected by Vitamin A deficiency has dropped from 51 percent to three percent in the past 15 years. 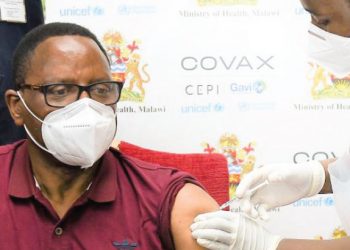