See what the desperation has done

Many times, marriage is perceived to be a woman’s thing. It is believed that the whole essence of a wedding is the brain child of a woman. I have heard grooms-to-be agree to let things be when the bride demands the theme and colour of the wedding. The men prefer to simply go along and get it over with, some of course. But the notion of it all is blamed on women. They are also blamed for being too pushy to go to the altar, often dragging reluctant men in the process and pay for it later. The perception in not entirely correct, but gives an idea about relationships.

On Monday, I received a call from a strange number. He did not care for greetings and came straight to the point. He wanted to know where I stayed after getting my number on this page. He dangled marriage at me and claimed to love me. His purpose for calling was to find out where I stayed and discuss modalities of meeting. He cared less whether I was committed or about my track record, apparently, as long as he promised marriage. For him, that was the ultimate.

A woman was befriended on Facebook and hours later, she was proposed to for marriage. As a single person, she thought of giving it a chance, but it was not long before his true intentions surfaced. He asked for a financial bailout following the demise of a relation which he promised to pay back upon ‘return’ from abroad. He made it sound like she was the only one who could help and after all, he promised her marriage, therefore, she should comply. Luckily, she read through the chaff and refused, but she ‘paid’ the price of being ‘dumped’. Laughable.

All am saying here is that men have for a long time believed that women are desperate for marriage. Maybe it is the way women carry themselves or it is one of the major pub talks. However, the message has sunk in and we have become the target of who I believe to be fraudsters and crooks in the name of one of the coveted accolades of Mrs.

If it was not coveted, why are criminals using this against women? If women were not desperate, would they be proposed to just at the glance of a picture? And why does society believe the woman is the one looking for alms and favours. A marriage proposal to a stranger smacks of suspicion. It is tantamount to asking for favours. And this confidence about marriage offers, do men think every woman’s life begins and ends with being in the institution?

The assumptions have to stop. Do not get too familiar with people you do not know. Men seem to think there are God’s gift to this earth and to women. They are discussing how to get as many women as possible because of the disproportion of lesser men than women. Stop the nonsense. Otherwise don’t complain when your are hounded by the women you bed. Mumawayamba dala.

Mavis banda: chartered accountant who is passionate about agriculture 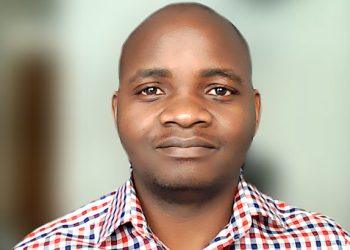 This is for you Fatsani, Tibonge

Mavis banda: chartered accountant who is passionate about agriculture