Recently, Lilongwe University of Agriculture and Natural Resources agricultural economics lecturers Wisdom Mgomezulu and Beston Maonga conducted a study on how operations of Agricultural Development and Marketing Corporation (Admarc) relate to the farm produce trading. The study was titled Analysis of maize market integration in Malawi: Are government-influenced Admarc prizes transmitted to retail markets. The findings were published in the Agricultural Economics Review, the official publication of the Greek Association of Agricultural Economists. Our News Analyst CLEMENT CHINOKO caught up with MGOMEZULU, who exposes the gaps in Admarc operations.

What was the study about?

We assessed the role of Admarc in ensuring food security by stabilising and transmitting maize minimum farm-gate prices to safeguard the welfare of both consumers and producers. We used the Malawi government’s agriculture datasets collected by the Agricultural Market Information System. The trend of maize prices for the period between 2005 and 2020 was analysed to determine market integration and price transmission between Admarc and the retail maize markets. It is understood that government intervenes in the marketing of maize to ensure food security in the country. Through the National Food Reserve Agency (NFRA), government employs measures to ensure that consumers and producers of maize are highly protected from market outcomes that result in both household food insecurity and low profits or losses by the producers.

What prompted the research?

Admarc was established in 1971 as a State-owned corporation to promote the agro-based Malawian economy by increasing agricultural production and farm commodity exports and to serve smallholder farmers through a monopoly market structure involved in the purchase and sale of agricultural commodities. However, the implementation of Structural Adjustment Programmes (Saps) in the early 1990s subjected Admarc to a huge competition from private traders in retail agro-markets. In 2003, Admarc changed from a parastatal to a limited liability company, but with government maintaining control over it. Amid heavy competition, Admarc remains with the mandate of protecting both producers and consumers by offering “good market prices” for maize. Nonetheless, Admarc has failed to compete with the retail traders and transmit maize minimum prices to retail markets.

What did you establish in relation to Admarc’s operations?

Due to red tape in the procurement processes and financial hiccups, [until now] Admarc used to join the market to purchase the maize from farmers two to three months after the commencement of sales between April and May. By the time Admarc opened its markets around July or August, vendors and other traders had already purchased huge volumes of the grain at low prices from the cash-strapped smallholder farmers. Therefore, Admarc’s ‘good’ farm-gate price that was intended to serve producers never materialised as most smallholder farmers would have sold out their maize to vendors and other traders. During the lean season, which mostly covers four to five months of low food supplies in Malawi, Admarc comes out with relatively low selling price for maize to protect the consumers. However, because Admarc stocks low volume of maize, its selling price is never sustained over the lean season, thus leaving vendors and other maize traders to control marketing of the commodity with high prices for increased profits.

What are the key findings?

Through integration tests for possible price information transmission among retail markets and Admarc prices, we note that Admarc prices fail to flow to retail markets, further having a speed of adjustment that diverges from their long run equilibrium. Nonetheless, in the short run, maize prices are ably transmitted from one retail market (vendors) to another, further influencing Admarc prices, which is contrary to its mandate. In the long-run, there exists no price information flow from Admarc to the retail maize markets, implying that restricted by its social responsibilities, Admarc fails to compete with the vendors and private traders in the retail markets in Malawi.

What implications does that have?

Admarc’s failure in this area has important implications on the accessibility of the food commodity by a majority of consumers in the country. For instance, considering that retail maize markets are dominated by private profit-oriented business entities, failure by Admarc to influence price reduction in the retail markets means that consumers would only access the staple food commodity at higher prices. Similarly, maize producers would not be interested to trade with Admarc at lower prices; this would make Admarc fail to build food reserves for the nation, thereby forcing the consumers to buy the commodity at higher prices from the retail markets. Consequently, the observed maize market situation would likely worsen food insecurity among low-income households in Malawi. As such, the study makes some recommendations: There is need for increased investment in Admarc to make it financially strong and compete with vendors. There is also a need to reduce administrative constraints that Admarc faces in the procurement of maize; bureaucracy must be reduced and central and local governments must be empowered to provide administrative and conducive environment for promotion of functional maize markets in the country. 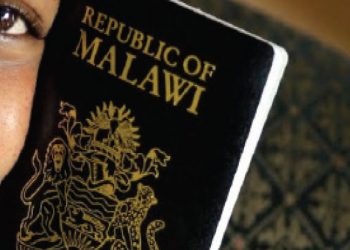 It’s a slap in media face